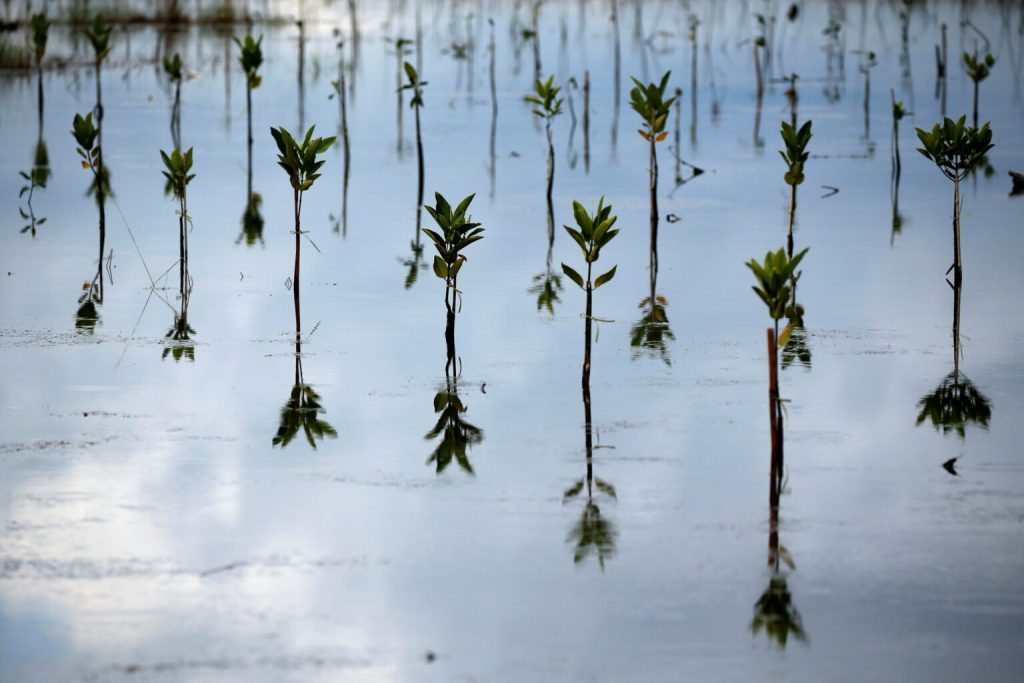 ‘Nature-based solutions’ to the climate crisis were the talk of the town at COP26. The 2021 COP presidency made nature one of its top priorities. High-profile speeches from the likes of UN secretary general António Guterres and veteran environmentalist David Attenborough highlighted the huge potential of nature to help tackle climate collapse. Indeed, the first so-called pledge to come out of COP26 from world leaders was to end deforestation.

Clearly, it’s an intoxicating idea: after decades of inaction, nature can come to save us from climate breakdown. But the concept of nature-based solutions is a wolf in sheep’s clothing – and one that will likely lead to massive violations of Indigenous rights.

What are ‘nature-based solutions’?

There are as many definitions of nature-based solutions to the climate crisis as there are initiatives. The International Union for the Conservation of Nature, an organisation that lobbies for such solutions, defines them as “actions to protect, sustainably manage and restore natural or modified ecosystems that address societal challenges effectively and adaptively, simultaneously providing human well-being and biodiversity benefits”.

This definition is so broad that it could as easily accommodate monoculture tree plantations – a disaster for people and planet – as it could much-needed peatland restoration. Notably, however, most nature-based initiatives stress the importance of nature’s contribution to carbon sequestration – in other words, nature’s ability to capture and store carbon from the atmosphere. According to the International Emission Trading Association, a carbon markets lobby group, these “natural climate solutions” could “make a critical contribution to meeting the goals of the Paris Agreement”. Sounds great, right?

‘Net-zero’ is a fantasy.

The promise of nature-based solutions, however, is based on two deeply flawed assumptions.

First is the idea that carbon emissions from fossil fuels or industrial agriculture can somehow be balanced out or removed from the atmosphere to stop catastrophic climate change. Case in point: for an 83% chance of keeping global temperature rises below 1.5C relative to the preindustrial era, only 300bn more tonnes of carbon can be emitted – approximately six years’ worth at our current level of emissions. Rapidly reaching zero emissions – real zero – matters a great deal. Historical responsibility for emissions dictates that the developed world should make the deepest and most immediate cuts in line with their fair share.

The problem is that these governments and corporations are shirking their responsibility by exploiting a loophole in the Paris Agreement that aims to achieve “a balance between anthropogenic emissions by sources and removals by sinks” – or, a balance between the amount of carbon we emit and the amount we can store.

Originally meant to apply only to those emissions that can’t be eliminated entirely – like some of those produced by farming – this proposal has since been twisted to allow governments and corporations to increase emissions production over the next few decades by banking on the creation of miraculous technologies that will be able to absorb carbon from the atmosphere.

This is what is meant by ‘net zero’ emissions, and is the basis for thousands of pledges from countries ranging from the UK to top oil exporter Saudi Arabia.

Ultimately, such technology is a fantasy, with experts and scientists vocally discrediting the majority of carbon removal technologies. These nature-based solutions only serve to provide governments and corporations with a PR-friendly cover for their ineffectual net zero pledges, which will ultimately do little to meaningfully address the emergency.

The second assumption of this approach is that nature can store enough carbon emissions to reach the necessary targets. But while forests and ecosystems do store carbon, they are part of a natural carbon cycle operating on a timescale of decades. This, of course, is a far cry from fossil fuel carbon, which has taken millennia to form, and a mere 200 years to burn while heating up the planet.

Given the ultimate hollowness of nature-based solutions, it’s no surprise that many corporations, including BP, Shell and Coca-Cola, have enthusiastically taken them up as a key pillar of their climate commitments. With this outpouring of corporate support, it becomes painfully clear that nature-based solutions are becoming a way to distract from the drastic cuts to fossil fuel emissions needed to keep us below 1.5C.

Beyond their ineffectiveness at addressing run-away emissions, one of the most worrying and unjust consequences of nature-based solutions is the risk that they will unleash a massive wave of land grabbing in the Global South, with corporations and countries alike rushing to plant trees and claim ownership of land, soil and ecosystems as carbon offsets.

ENI, one of the seven ‘supermajor’ oil companies in the world and a big supporter of nature-based solutions, is engaged in a huge gas extraction project in Mozambique plagued by accusations of violence, harassment and displacement of local fisher communities. ENI claims it will plant millions of hectares of forest across Africa to offset its emissions. But for local communities, this equates to a double land grab – once for extraction and again for a dodgy environmental scheme.

This kind of conflict exposes what these so-called solutions are really about: opening new avenues for corporate control and profit-making. Indeed, according to the influential UN Principles for Responsible Investment (PRI), “The total [nature-based solutions] market value potential is estimated to be US$7.7 trillion … This opens up enormous new opportunities for both project developers and investors” – and you can bet they’re taking advantage of them.

While supporters of nature-based solutions claim they “can provide 37% of cost-effective CO2 mitigation needed through 2030”, the academic paper this figure is based on makes troubling colonialist assumptions. For example, roughly half the claimed mitigation potential comes from planting tree plantations on nearly 800 million hectares of land – an area about the size of Australia – with no discussion of the human rights violations risked if this land is ripped away from local communities.

The fact is we don’t need nature-based solutions. We need structural changes to stop the destruction of nature – like ending extraction. It is also vital, as Indigenous communities argue, that we value nature in its own right, rather than seeing it as a means to an end – the very logic that underpins the climate crisis.

Instead of pushing fantastical answers to the climate crisis at COP26 and beyond, developed countries – which have wrought disproportionate amounts of damage on the planet – must make deep and immediate cuts to their carbon emissions and polluting activities. They must also commit trillions in climate finance and loss and damage reparations for the Global South. But beyond taking these vital steps to address the crisis, it is crucial that we not only foreground the perspectives and knowledge of Indigenous peoples, but that we protect and ensure their rights, as they continue to protect the natural world.

Kirtana Chandrasekaran is the International Program Coordinator for Food Sovereignty at Friends of the Earth International.

Friends of the Earth International rejects the notion that “nature based solutions” refers to solutions. For this reason, we refer to the “concept of nature based solutions” in the singular, not the plural, as was done in our report. This piece was originally published by Novara Media in November 2021, and retains the original wording of that outlet.