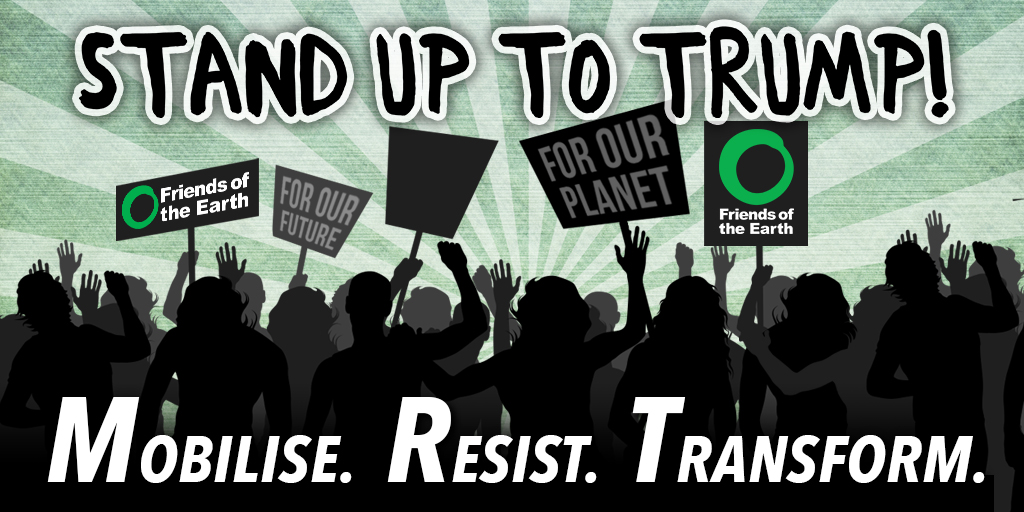 WASHINGTON, D.C. – On the subject of Donald Trump’s swearing-in today as President of the United States, President of Friends of the Earth (U.S.) Erich Pica issued the following statement:

The inauguration of Donald Trump is going to test the very foundations of our democracy. Trump is a compulsive liar and a bully who is already cravenly profiteering from the presidency. The moment that Trump takes the oath of office, he will violate the Constitution’s Emoluments Clause.

Congress is the only check on a president determined to disregard the Constitution. Republican leaders in Congress have made it clear that they intend to disregard constitutional checks and balances and enable Trump’s conflicts of interest.

Friends of the Earth will remain vigilant and fight every attack on the laws that have protected our water, air, food supply and democracy. Over forty members of Congress are resisting Trump by staying away from today’s inauguration. Hundreds of thousands of people are taking to the streets fighting for morality by calling for rights for women, people of color, LGBTQ+ people, immigrants and people of every religion. Friends of the Earth supports these efforts. We will not surrender to Trump’s abuses.