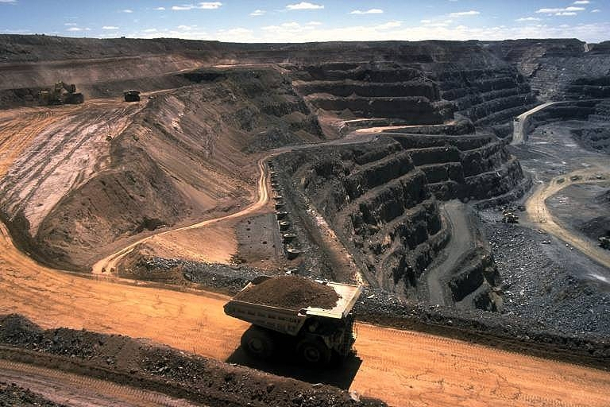 BRISBANE, AUSTRALIA, August 26, 2011 – On the eve of a court hearing due in Brisbane on August 29-31, Friends of the Earth International called on Swiss mining giant Xstrata’s shareholders and investors to act to stop Xstrata’s massive ‘Mega Coal Mine’ project in Australia.

“We believe the legal system in Australia may help prevent the opening of this mega coal mine. But from this week we also call on Xstrata shareholders worldwide to push the company to stop this mine which would release every year as much climate-disrupting emissions as 72 nations combined, “said Cam Walker of Friends of the Earth Australia. [1]

“Establishing a mine of this size and magnitude would mean accelerating climate change instead of mitigating it. Xstrata should scrap the Wandoan Coal Project. We call on Xstrata shareholders and investors to request Xstrata to scrap the project or remove Xstrata from their portfolios,” added Cam Walker.

The Wandoan coal mega mine covers an area of 32 000 hectares (320 Sq km) of agricultural land. This is bigger than the Swiss Canton of Geneva (282 Sq km) with its 400,000 inhabitants. Once established this mine will be the largest in the southern hemisphere.

Xstrata is expected to give evidence in an Australian court to fight for development approval of their proposed 1.3 billion tonne carbon Wandoan Mega Coal Mine. Friends of the Earth International wants this mine stopped and are calling on Xstrata shareholders to help stop the Swiss corporation’s plans.

The court case, bought against Xstrata by environment group Friends of the Earth Australia, is a landmark case in Australia’s environmental history as the first ever in the country to argue exclusively for outright refusal of a coal mine based on climate change impacts.

The Wandoan Mega Coal Mine would emit a massive 41.6 mega tonnes of carbon dioxide per year for 30 years and would be one of the largest coal mines in the world, creating a sizable 0.15% of annual global emissions every year. “This is larger than the emissions of most countries in the world; in fact 150 countries emit less each year,” said Cam Walker. [2]

“Taking on a billion dollar mining giant like Xstrata is no mean feat, however it’s a fight worth having. Together with the land holders from Wandoan, we are fighting against this mine to protect the climate as well as our farming land and water resources for future generations,” he added.

Dr. Malte Meinshausen, senior research fellow at the renowned Potsdam Institute for Climate Impact Research in Germany is expected to provide evidence on 29 Aug showing that the Wandoan Coal Project mega mine will be directly responsible for the annual flooding of 23 thousand people’s homes due to climate change. [3]

On request Professor of Meteorology David Karoly from the University of Melbourne will be available for interviews. He is an expert in climate change science and was involved in the preparation of the Fourth Assessment Report of the Intergovernmental Panel on Climate Change (IPCC) released in 2007.

[1] According to Friends of the Earth estimates, the expected massive 41.6 mega tonnes of carbon dioxide released every year by the mine would be roughly equivalent to the emissions from 72 countries combined. The figure was reached by calculating the carbon emissions of the 72 smallest emitting nations listed on the UN statistics webpage:  http://mdgs.un.org/unsd/mdg/SeriesDetail.aspx?srid=749&crid

[2] According to the carbon emissions listed on the UN statistics webpage: http://mdgs.un.org/unsd/mdg/SeriesDetail.aspx?srid=749&crid

[3] Contribution of the Wandoan Coal Mine to climate change and ocean acidification: http://www.envlaw.com.au/wandoan12.pdf