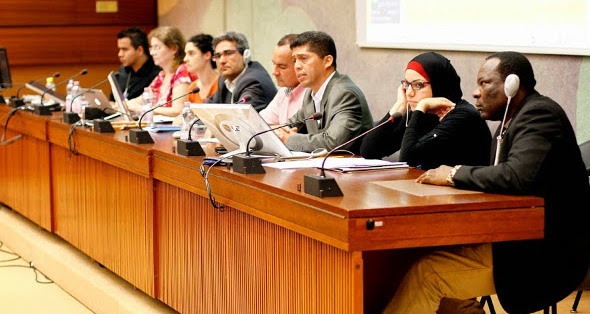 While observing 193 nations meeting at the United Nations Human Rights Council in Geneva this week, delegates from Friends of the Earth International were shocked to witness the very obstructive approach of the European Union during negotiations about rules for businesses and human rights that will end on Friday, June 27.

More than 80 developing nations expressed political support for an international legally binding system for business and human rights, and would support Ecuador’s resolution.

Many nations are ready to vote on both resolutions, but the EU and Norway are being very obstructive to the negotiations by insisting that UNHRC members should vote only on one resolution – the Norwegian one – and not the Ecuadorian.
The EU  is taking a strong, unified position to vote no to the Ecuador proposal, because this very effective proposal would ultimately mean starting negotiations for a binding Treaty with rules for transnational corporations, including many European corporations.

The EU openly stated that, if  the Ecuadorian resolution was adopted, the EU will refuse to cooperate, thereby actively undermining a democratic process and isolating itself.

This is an extremely uncooperative approach which shows that the EU is currently standing up for corporate interests instead of human rights.

FoEI calls on the EU as well as on the other countries blocking the Ecuadorian proposal to not  undermine these  UN negotiations and to protect human rights instead of corporate interests.