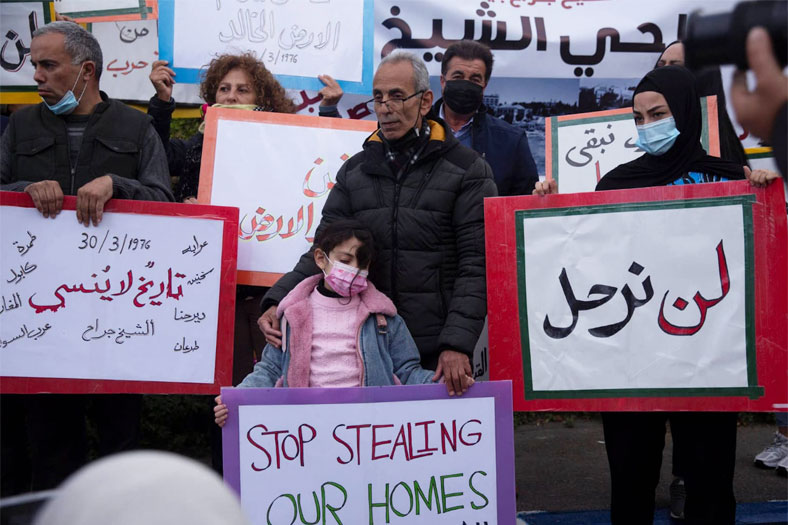 Friends of the Earth International condemns the ongoing Israeli attacks on Palestine, including the outrageous targeting of women and children, civilian structures, the bombing of densely populated areas, and attacks on media buildings that threaten the international right to freedom of information.

For decades Israeli occupation has denied Palestinians access and control over their land, borders, and natural resources. The occupation is the source of profound human and environmental rights violations against the Palestinian people, including pollution, destruction of livelihoods and land and water grabbing, discriminatory planning laws, forced evictions and displacements. The recent violent attacks on the Al-Aqsa Mosque compound in Jerusalem’s Old City and Israeli air raids on the besieged Gaza Strip, are part of an ongoing systemic campaign of suppression and oppression in occupied East Jerusalem. The Israeli plans to forcefully expel Palestinians from their homes in Sheikh Jarrah show a pattern of blatant disregard for life, human rights, and international law.

Aljazeera reported on 18 May 2021 that Israel’s bombardment of the besieged Gaza Strip, now in its second week, has killed at least 201 Palestinians, including 58 children and 35 women, according to Gaza health authorities. More than 1,300 others have been wounded. Israel has reported at least 10 people, including two children, killed in rocket attacks carried out by Hamas.

We denounce the use of lethal weapons against civilians and targets that risk their lives.

Moreover, according to the UN, more than 38,000 Palestinians in Gaza have been internally displaced and are seeking shelter at 48 UNRWA schools across the coastal territory. The figure includes at least 2,500 people whose homes have been completely destroyed in the Israeli bombardment. Access to food and water are also becoming an issue.

These attacks are happening amidst a global pandemic in which Gaza’s healthcare system is struggling with rising Covid-19 cases. The current attacks on the besieged Gaza Strip have forced medical practitioners to reduce or suspend their care for Covid-19 patients, reallocate their hospital beds to the injured and cope with damaged facilities.

We ask the international community to join us in the condemnation of these attacks:

Friends of the Earth International urgently calls on all global leaders to use their diplomatic means to put a permanent end to the occupation of Palestinian lands by Israel, a state which violates international law daily in the absence of any form of accountability. We call upon the international community to immediately intervene to stop Israel’s crimes and reiterate its call upon the High Contracting Parties to the 1949 Fourth Geneva Convention to fulfil their obligations.

We stand firmly in internationalist solidarity with PENGON/FoE Palestine and the Palestinian peoples and call for a permanent end to the occupation of Palestinian lands and an end to this outrageous violence.

Main image: Palestinians stand in solidarity with the people in Sheikh Jarrah.