Skip to content
HomeNewsFighting back against dirty energy, false solutions and climate change 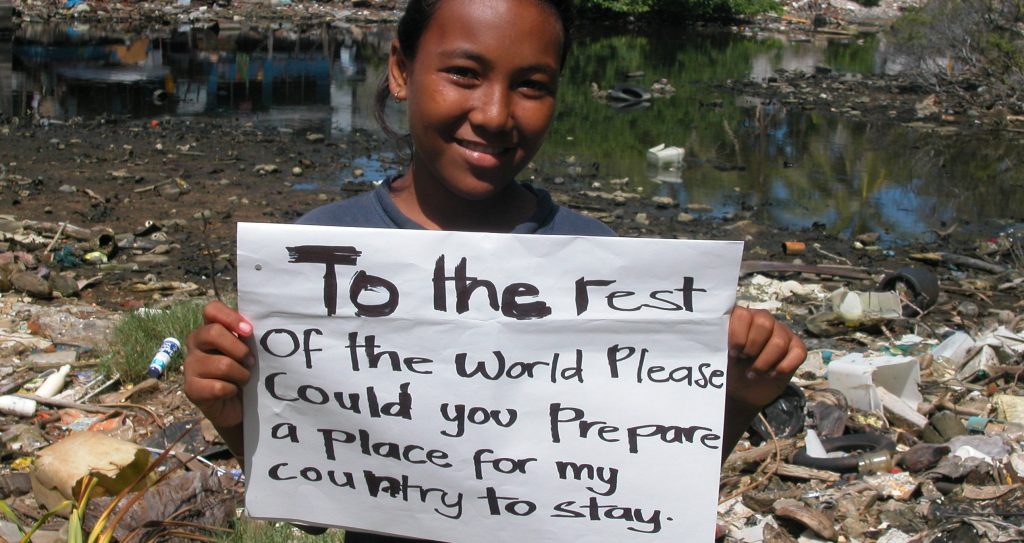 Our energy system – the way we produce, distribute and consume energy – is broken, wreaking havoc on our planet and its people.

When we talk about people impacted by the climate crisis, we tend to first consider those impacted by the effects of climate change as these have already devastated lives across the globe. But the crisis extends to, and is perpetuated by, a dirty energy system that is causing immense harm to people and their local environments. From air and water pollution, which cause serious health impacts, to land grabbing for more mines, plants and infrastructure, the dirty energy system generates vast negative consequences for people around the world.

Worse still, when local communities and environmental defenders oppose dirty energy infrastructure they often face repression and violence: we see virgin forest destroyed in Indonesia to make way for coal mining; the threat of a devastating new frontier of tar sands exploitation in oil ravaged Nigeria; and human rights defenders like Berta Caceres murdered in Honduras over their opposition to mega-dams.

In west Kenya in 2014, over a thousand homes were torched by the Kenyan government’s Forest Service to forcibly evict 15,000 Sengwer indigenous people from their ancestral homes in the Embobut forest and the Cherangany Hills to make way for a carbon offsetting project. The government eviction was part of their enforcement of REDD (Reducing Emissions from Deforestation and forest Degradation), a measure supposedly set up to tackle climate change. Not only do false solutions like REDD, carbon trading and offsetting delay the implementation of real solutions, they fail to reduce greenhouse gas emissions. Furthermore, they invariably lead to human rights and environmental rights violations such as those done to the Sengwer people.

Just a week ago, the International Finance Corporation, private sector arm of the World Bank, launched a bond of $152 million for REDD and carbon trading. This was developed together with mining transnational corporate giant, BHP Billiton, which has caused environmental destruction in places like Indonesia. This deal reveals why REDD is a smokescreen and a false solution.

There are threats of new false solutions that pose real and present dangers for communities around the world. The Paris Agreement opens the door to negative emissions technologies (NETs), which sequester carbon through forest restoration and reforestation leading to damaging practices such as monoculture planting, and geo-engineering techniques such as ‘Bioenergy with Carbon Capture and Storage’ (BECCS), a risky and unproven method involving burning biomass to generate electricity, capturing the carbon and pumping it into underground geological reservoirs. This focus on NETs threatens the transition to clean energy by legitimizing continued fossil fuel expansion. NETs also lead to a rush of global land grabbing that will dwarf current environmental and social impacts of biofuels. Some estimates suggest that land use changes would need to deliver four times the current land used for global food production in order to stabilise temperatures.

Millions of people across the globe are already facing the effects of our planetary emergency. Climate change is well underway, and its effects —floods, storms, droughts, failing agriculture and rising seas – are wreaking devastation on communities and ecosystems globally. Climate change hits the poorest and most vulnerable people (e.g. women, children, indigenous peoples, differently abled peoples, etc) the hardest.

The risk of irreversible climate change draws ever closer with impacts that could dramatically overshadow anything we see today. Exceeding climate ‘tipping points’ will mean greater hunger, drought, floods, and weather extremes, as well as mass species extinctions and the forced migration of millions of people.

Already at current temperature warming, adaptation to climate change is now impossible in some areas of the world – islands such as Kiribati and Tuvalu are already being overwhelmed by rising seas.

The International Organisation on Migration predicts that the number of people that will be displaced by climate change globally could reach 250 million by 2050 (International Organisation for Migration, 2009, IOM, 2009). Most of these will migrate within their country or to neighbouring poor countries, but others will seek refuge elsewhere. Rich countries are deliberately closing their borders to those in need. From Donald Trump’s toxic rhetoric and promises to build a wall to keep people out to the Brexit vote in the UK which was dominated by fears around migration (with even the then prime minister talking of a so-called “swarm” of refugees), there is a disturbing trend in the global North towards racism and anti-migrant sentiment. It is crucial that industrialised countries acknowledge their responsibility for this coming mass migration, taking action to cut their emissions and ensuring climate-impacted people receive protection.

This week, the UN climate negotiations, or the ‘COP’ (Conference of the Parties), takes place in Marrakech and Friends of the Earth International is calling for urgent and fair action to reduce emissions before 2020. A recent report by UNEP says that we have only 3 years to make dramatic cuts or any hope of keeping temperature rise below 1.5°C will be lost. People are already suffering the consequences of climate impacts, dirty energy and false solutions in a 1°C world. Rich countries must act now to drastically cut their emissions at source and to provide the massive finance needed for the energy revolution in the global South.

Updates on the climate talks, including our new animation on the impacts of the dirty energy system.

Main image: A young girl from Tuvalu, which is suffering from rising sea levels, holds up a sign asking the world for a place for her country to stay.