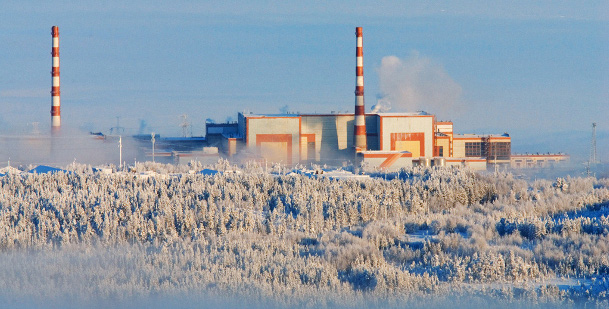 Friends of the Earth Norway/ Naturvernforbundet expresses its solidarity with our fellow environmentalists from EcoDefence, Russia. The decision of the Russian Ministry of Justice declaring the Russian environmental NGO a “foreign agent” is unjustified and wrong. We call on Russian authorities to stop the persecution and repression of environmentalists in Russia.

It emerged recently that the Russian NGO EcoDefence had been declared a “foreign agent”. EcoDefence sees this as a response to their work against nuclear power in Russia and will take the issue to court. EcoDefence has done what environmentalists all over the world are doing, advocating against nuclear power. They do not constitute a threat to the Russian state nor do they work on behalf of another country. They have worked for nature and the environment, just as we do in our countries.

A new Russian law gives the Ministry of Justice the right to put NGOs on a list of “foreign agents” without process. Failing to register as a “foreign agent” can lead to prosecution for NGOs who receive funding from abroad and who are involved in political work. A definition of “political work” has not been clearly established, but it seems clear from EcoDefence’s recent experience that working against new nuclear power reactors is considered political work by Russian authorities.

Registration as a “foreign agent” requires that the organization displays this status on all the materials they create, as well as significant, expensive and time-consuming additional reporting. Schools, municipalities, libraries, and other state organizations will likely not work with “foreign agents”. “Foreign agents” cannot work in the Public Councils at various levels and can’t use this instrument for public participation. This status will cause loss of public trust.  Though not written in official documents, it is absolutely clear that the “foreign agent” status serves to isolate NGOs completely from civil life.

Friends of the Earth Norway/ Naturvernforbundet is greatly concerned about the worsening conditions for environmental NGOs in Russia. You can read about the experience of our Russian partners with these new laws in our February 2014 report here.

The Murmansk youth NGO Priroda I Molodez – PiM (Nature and Youth) now awaits the results of a scheduled inspection by the Russian Ministry of Justice, which might lead to another inspection that in turn could result in being put on the list of those who should register as “foreign agents”. PiM is a partner of Friends of the Earth Norway’s youth branch.

Friends of the Earth International’s recent report ‘We defend the environment, we defend human rights‘ details recent cases of state and non-state aggression towards environmental defenders from around the world. A delegation from Friends of the Earth International will also travel to Geneva in June 2014 to lobby the UN Human Rights Council to adopt a treaty with broader binding rules for non-state actors acting outside of their home jurisdiction.