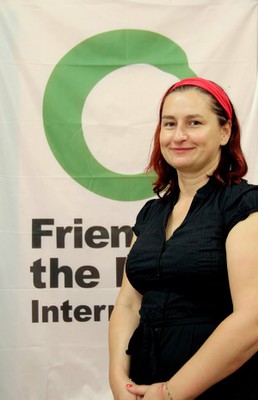 Friends of the Earth International is proud to announce that Jagoda Munić from Croatia has been elected as our new chairperson, effective November 15, 2012.

Jagoda has extensive experience in environmental research, activism and conservation. She joined Friends of the Earth Croatia as a volunteer in 1997 and was president of the group from 2001 to 2007. She has degrees in biology; library and information sciences; and pollution and environmental control. She has led successful biodiversity research projects and public advocacy campaigns, including a campaign on Genetically Modified (GM) crops, which resulted in Croatia adopting one of the strictest GM laws in the world. Jagoda has served as FoEI’s Treasurer on the executive committee since 2004.

Read the interview with Jagoda at Radio Mundo Real