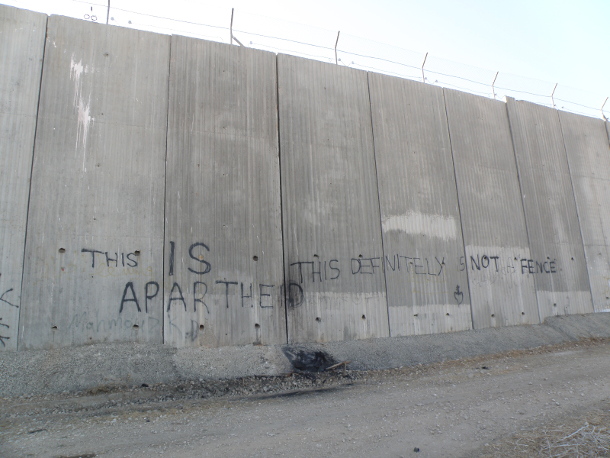 Friends of the Earth International stands in solidarity with its member PENGON/Friends of the Earth Palestine and the Palestinian people in their struggle for their right to live in dignity and exercise sovereignty over their land and natural resources, including access to fresh water.

Many communities in the Occupied Palestinian Territories (West Bank and Gaza Strip) suffer from a lack of access to adequate, safe, and clean water, due to Israeli water policies and practices which discriminate against the Palestinian population of the OPT, and the encroachment by Israeli settlers on Palestinian water resources.

The water supply in the OPT is controlled by Israel. While all Israeli settlements in the West Bank are connected to piped water supplied by the Israeli state water company Mekorot, and many have swimming pools, while an estimated 15% of the Palestinian population is not serviced by water supply. For those who are connected and purchase their water from Mekorot, the amount of water available is restricted to a level which does not meet their needs and does not constitute a fair and equitable share of the shared water resources. During summer, water is routinely rationed and supply might be reduced up to 70% in certain places. Some Palestinian cities, towns and villages may have water only once a week or even once a month.*

In view of the discriminatory water policies and practices sustained by the Israeli water company Mekorot, which may be seen to uphold and nurture water apartheid, Friends of the Earth International welcomes the recent decision by the Dutch public utility company Vitens to abstain from signing an international cooperation agreement with Mekorot, and supports the campaign of PENGON/Friends of the Earth Palestine and other organisations united in the Palestinian call for boycott, divestment and sanctions against Israel (BDS) to prevent other parties – be they companies, governments or aid agencies – to pursue such agreements.

Mekorot violates international law and colludes in resource grabbing, including pillage of water resources in the OPT, supply of this pillaged water to illegal Israeli settlements, and engages in systematic discrimination and denial of water to the Palestinian population.

Friends of the Earth International calls upon governments, municipalities and private companies worldwide to discourage business links with illegal Israeli settlements by avoiding or terminating all cooperation with complicit Israeli companies such as Mekorot.

Financial transactions, investments, purchases, procurements as well as other economic activities benefiting Israeli settlements, entail legal and economic risks stemming from the fact that the Israeli settlements, according to international law, are built on occupied land and are not recognised as a legitimate part of Israel’s territory. This may result in disputed titles to the land, water, mineral or other natural resources which might be the subject of purchase or investment.