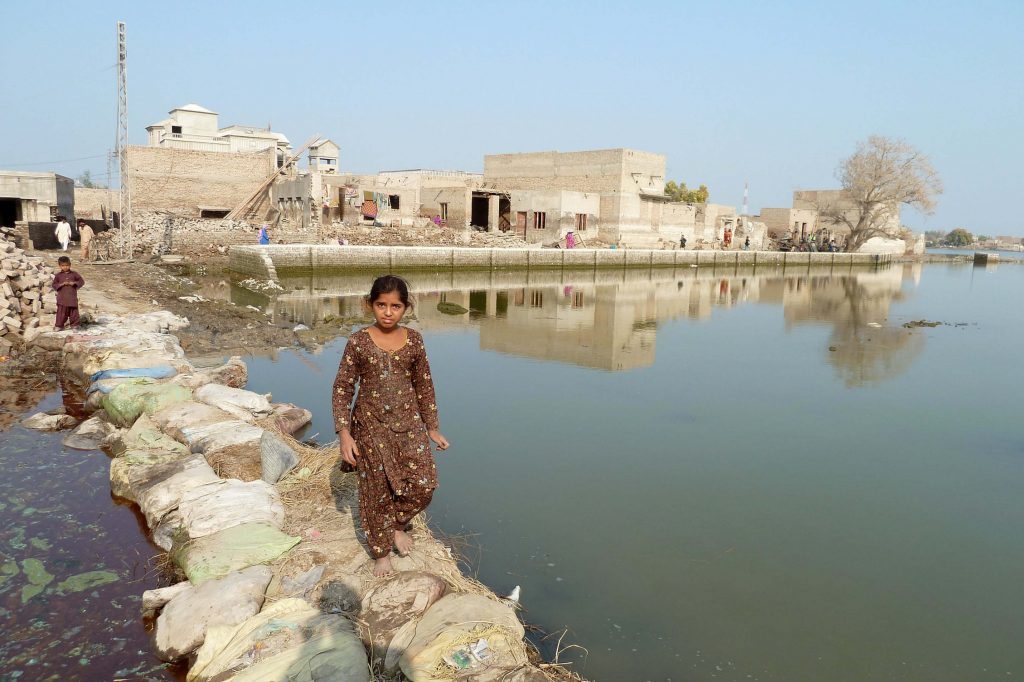 Behind the scenes rich countries shamelessly worked to try and water down text relating to loss and damage, and finance for adaptation in developing countries.

PRESS RELEASE. AMSTERDAM, February 28, 2022 – Attempts by the US and developed countries to remove key climate finance terminology from the IPCC’s highly-anticipated Working Group II (WG2) Sixth Assessment Report (AR6) have been condemned by global experts and activists as a desperate bid to evade responsibility. In what should have been a scientific, not political, process, rich countries battled to erase references to key concepts like loss and damage and to water down references to the scale of finance needed for adaptation. According to today’s report, climate impacts are occurring faster, and will worsen even sooner than previously predicted, necessitating an urgent increase in finance to help address climate change in developing countries.

Activists and experts from Friends of the Earth International, the world’s largest grassroots environmental federation, gave their responses.

“It is a disgrace that decades of cowardly decisions by rich industrial nations have led us here, to the brink of climate catastrophe laid bare in this latest IPCC Assessment Report. The United States in particular must accept its role in creating the climate impacts we’re experiencing right now.

Developed countries’ attempts to remove the concept of loss and damage, and the finance for it from the IPCC report, was largely thwarted, but we condemn this resistance by those most responsible for the climate crisis. This has been a shameless attempt to wriggle off the hook.

Scientists have confirmed that much more finance must urgently flow from developed to developing countries, to enable the latter to adapt and adjust to irreparable damage from climate impacts. This funding is necessary to secure the wellbeing of their citizens and economies. Without it, our hard-fought progress for equity, equality, rights and justice will unravel.”

Hemantha Withanage, Chair of Friends of the Earth International, based in Sri Lanka, said:

“Climate impacts are already happening everywhere, faster, and with worse consequences than ever predicted. We are already witnessing extreme weather events that scientists didn’t expect to see until 2100. After COP26’s false front of flashy announcements, this report is a stark reminder of the reality: Climate chaos is knocking at the door. System change must happen now. Real emissions reductions, real solutions, must happen now.”

“This new IPCC report confirms that some damage is beyond repair and it will be impossible for many communities to adapt, especially if the 1.5 degree threshold is breached. We’re facing the potential of hundreds of millions of people being displaced from their homes within this century, and swathes of farmland turning to dust. We urgently demand finance for adaptation and for loss and damage, to help vulnerable populations.”

Vulnerability to the crisis is shaped by the ongoing legacy of colonialism, as well as intersecting processes of marginalisation, such as gender, Indigenous identity, health, poverty, conflict, and education, according to the report. The science reiterates that the most vulnerable and marginalised must be prioritised when implementing solutions.

“For the 3.3-3.6 billion people living in highly climate-vulnerable countries – almost all of whom are in the Global South – this report is not news.(1) Those of us on the frontlines of the climate crisis have been shouting this from the rooftops for decades. Africa faces some of the worst impacts, and the hottest regions are already becoming intolerable. We will not allow our lives, lands, and cultures to be sacrificed to the bad-faith politics and short-term profits of the global elite.”

Regions in the Global South will struggle to adapt to the impacts extreme weather events will have on food production, according to the report. Scientists warn in the underlying report that the Summary for Policymakers is based on, that this will prevent achieving UN SDG 2 for ‘Zero Hunger’ in regions such as Africa, South Asia, and Small Island States.

The report also emphasises that Indigenous rights and knowledge are indispensable to tackling climate change. 80% of the planet’s shrinking biodiversity is on Indigenous land, and changes to ecosystems are having immediate impacts on Indigenous Peoples and local communities.

“We are witnessing the first climate-driven extinctions, and some forests, permafrost and peatlands have already transformed, from sinks into sources of carbon. These shifts are irreversible. Thriving ecosystems that once helped us apply the brakes are now accelerating the crisis, buckling under conditions that have no precedent over the past millennia. Only a total ramp-down of fossil fuels and dirty energy can prevent us hitting more tipping points.”

The IPCC report also warns of some of the dangers of implementing dangerous technofixes like solar radiation modification, and large scale bioenergy, with or without carbon capture and storage.(2)

“This report sounds the alarm about the risks of some of the technologies that rich countries and transnational corporations are betting on, to avoid an urgent and necessary phase out of fossil fuels.”

With this report, the science once again reiterates what hundreds of thousands of people were calling for on the streets of Glasgow and worldwide last November: decisive, systemic action from governments. That means an end to fossil fuel subsidies, a flow of climate finance from developed to developing countries, and a fair and rapid transition to renewable energy, for all.

(1) IPCC, 2022: Summary for Policymakers, In: Climate Change 2022 Impacts, Adaptation & Vulnerability, Contribution of Working Group II to the Sixth Assessment Report of the Intergovernmental Panel on Climate Change B.2 (page 12)

(2) IPCC, 2022: Summary for Policymakers, In: Climate Change 2022 Impacts, Adaptation & Vulnerability, Contribution of Working Group II to the Sixth Assessment Report of the Intergovernmental Panel on Climate Change B.5.4 and B.5.5 (Page 20, 21)

Media contacts: For further comments and information and to be connected to one of our spokespeople, please contact Madeleine Race, Communications and press (based in Amsterdam): madeleine[at]foei.org / +31 645 198 654

Image: A young girl walks across a makeshift bridge over stagnant flood-water in Sindh province, Pakistan. © Department for International Development