Skip to content
HomeNewsLiberian politician speaks out against landgrabbing 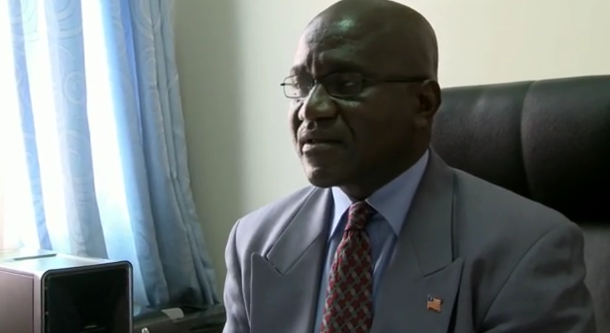 Friends of the Earth Liberia: Byron Browne, Member of Parliament from Grand Bassa County, Liberia, has lambasted the government for protecting investors rather than the rights of its own people. Grand Bassa is the home of the Jogbahn Clan the Liberian community that is currently resisting Equatorial Palm Oil from grabbing their land. Browne’s community is also engaged in a long running land dispute with a rubber company Liberia Agriculture Company (LAC).

He also states that this is a problem not just in Liberia but all over Africa as indigenous people’s rights are not respected.

“Land is life to Africans. Our banks are our bushes so when you remove our people forcibly you are closing their bank account” he observed.

He argues that as the Jogbahn Clan and so many other communities like them across Liberia rely on the land for their survival they will not agree to be displaced from their customary land for a monocultural plantation.

He praised the Jogbahn Clan for their peaceful resistance which led to their meeting with the President of Liberia Ellen Johnson Sirleaf and urged the President to maintain her commitment to protect the clan’s land from being grabbed by Equatorial Palm Oil.

“The best thing for any good leader to do is to maintain and sustain your promises. You cannot trust a leader if the leader cannot keep his or her promise. EPO is not greater than the government” he added.

There is growing discontent across Liberia as communities’ land continues to be grabbed by agricultural concessions sparking protests and several community complaints to the Roundtable on Sustainable Palm Oil (RSPO). [1] The President of Liberia has characterised this community resistance as “communities’ harassment and extortion of investors” [2] which is undermining Liberia’s economic growth and harming “the renewed confidence that Liberia is still a good destination for investment”. [3]