Skip to content
HomeNewsMainstreaming biodiversity proposal is dangerous and will not halt its collapse. 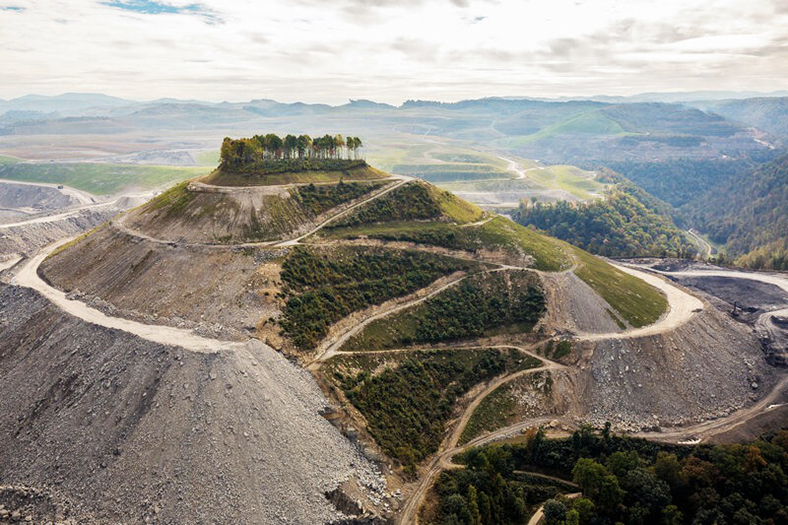 Draft CBD decision places profit above nature, the environment and the peoples who truly protect it.

Biodiversity is collapsing globally. More than a million species are at risk of extinction and entire ecosystems are disappearing daily. According to the Planetary Boundaries report, we have already surpassed safe limits and urgently need to reverse this trend to prevent the sixth mass extinction, which could include humans.

Protecting species and specific ecosystems alone will not stop biodiversity loss, we have to stop its drivers. Unsustainable production and excessive consumption are the main causes. Governance and policies to specifically halt the destructive forces behind biodiversity loss must be at the heart of the Global Biodiversity Framework (GBF).

The draft decision to “mainstream biodiversity in all sectors” is the Convention on Biological Diversity’s (CBD) answer. “All sectors” here refers to all economic sectors, including industrial agriculture, mining, energy, infrastructure, manufacturing and tourism. In the CBD’s own words, “Biodiversity mainstreaming is generally understood as ensuring that biodiversity, and the services it provides, are appropriately and adequately factored into policies and practices that rely and have an impact on it.” Yet, this pivotal decision does not sit at the heart of the GBF. Instead it has been marginalised to a separate document, discussed in small and undemocratic spaces, and allocated very little time within negotiation sessions.

Of even greater concern is how many of the proposals in the mainstreaming discussion are taking the biodiversity strategy in the wrong direction.

The CBD’s biodiversity mainstreaming draft decision consists of three main areas: Government and policies, Business (including the financial sector) and across society.

Mainstreaming biodiversity across government and its policies

The draft proposes a whole-of-government-approach, with inter-ministerial and cross-sectoral collaboration and the coordination of programmes and policies related to biodiversity among national, subnational and local governments. This should be included in each country’s National Biodiversity Strategy and Action Plan (NBSAP) to ensure that all ministries make biodiversity a key part of decision making. The reality is, however, that many governments are unwilling to commit to making biodiversity a key decision-making factor.

The coordination of these governance aspects at the multilateral level, for which the CBD is well placed, is essential. But a lack of international coordination, which is sadly the case in this current draft, would result in a downward spiral of competition for less regulation, in order to attract investments. The aggregate global level of production and consumption needs to be drastically reduced through regulation and coordination to ensure that the world returns to living within planetary boundaries. Establishing common limits requires strong, enforceable agreements in coordination with other UN conventions and agencies. Biodiversity must take precedence over trade agreements, the World Trade organisation (WTO), and other economic interests. If the CBD does not assume coordination to ensure biodiversity is at the forefront of decision making the world over, then who will?

Another vital proposal is the prohibition on harmful incentives, including subsidies, for key economic sectors. This is essential to halt destructive corporate projects. This particular proposal was stronger in the previous Aichi targets. But no attempts were made to implement it, casting doubt on its chance of success this time around.

Spatial planning – the management of all areas of the planet, for housing, industry, agriculture and nature and how they work as a whole – in ways appropriate to biodiversity protection is also a key policy. While a great principle, spatial planning is, in this draft, erroneously based on a mitigation hierarchy and offsetting – whereby any new project is assessed as to whether its impacts on biodiversity can be directly reduced, but if not, those impacts can be offset. Offsetting then becomes the default, essentially giving licence to further destroy natural areas, as long as that destruction is compensated by conservation or restoration somewhere else.

Much of the governmental policy section is based on Ecosystem accounting – defining the overall value of nature for inclusion in national accounting systems. Countries are requested to carry out ecosystem accounting, and include ‘natural capital’ in their national accounting. This entails an unproven assumption that such accounting would effectively protect biodiversity. In addition to which it would take years, if not decades, to define such values and take precious time and resources from biodiversity experts who should be contributing to real conservation efforts.

Moreover, putting a value on nature is highly theoretical and volatile. Such a valuation ignores the cultural, spiritual and intrinsic values of nature, which are not quantifiable. Aspects of nature that are not seen as contributing to the economy will not be valued. What counts as ‘biodiversity’ has not been agreed – for example, most microorganisms are excluded, and scientists don’t know how many species there really are – how can they be quantified and valued? When applied to a specific area of nature, experience shows us that if the expected returns on an investment project are higher than the value of the biodiversity at risk, then its destruction is deemed worthwhile.

Governance of biodiversity should be carried out by, with and for the peoples. Especially in the case of biodiversity, where 80% of the biodiversity-rich areas are in the hands of indigenous peoples and local communities, whose traditional methods are most effective in protecting them.

Integrating nature and biodiversity into business models, operations and practices of key economic sectors, including the financial sector

On Business and financial sectors, the mainstreaming draft decision does not fare much better. As a multilateral agreement between governments, one of the CBD’s remits should be to agree common regulatory elements between all governments, including regulating the impact of corporate activities. To truly reduce biodiversity loss, regulations

The business section does not, however, talk about governmental regulation of corporations. It talks about what businesses (especially big business and transnational corporations) themselves can do, such as “transitioning” towards ‘sustainable practices’. This is an erroneous approach by the CBD, which will have no effect on corporate actors, who need only engage on a voluntary basis, if at all. Governments’ role is sidelined, to supporting and providing subsidies for companies to encourage them to ‘do the right thing’.

There is a big emphasis on businesses valuing the biodiversity impacts of their actions, to declare them in their corporate reports. The draft calls on corporations to implement ‘nature based solutions’ and offset their impacts. All of this spells ‘greenwashing’, and rather than reducing impacts, is likely to lead to further biodiversity destruction and human rights violations. Asking corporations to offset their impacts on biodiversity is dangerous and ineffective. Offsetting’s very existence allows for biodiversity destruction, if it is compensated for ‘elsewhere’. Time and again it has been proved that offsetting results in increased destruction of biodiversity.

There is also a deeply troubling emphasis on Voluntary Certification Schemes. Studies have shown that many major certification schemes fail to act on production processes and corporations who are actively destroying biodiversity and/or human rights. Even in cases where there have been repeated complaints, they are rarely addressed. This is no surprise since corporate representatives are on the governance structures of many certification schemes.

This section of the draft decision follows a trend seen across the UN, whereby corporations are posited as the primary actors in resolving world problems, denying governments the responsibility. There are indications that a longer-term body involving businesses as decision-makers will be established, outside the multilateral processes. This trend will only increase corporate power, effectively sidelining governments and their mechanisms for accountability, and most dangerously, excluding civil society voices.

Ensuring biodiversity awareness across all of society, including education are important elements of the draft decision. The draft places responsibility for the transition to more sustainable lifestyles on individual consumers. This is a huge mistake and not fair on consumers. It is the structures and systems which lead to unsustainable consumption that need to change, and for that we need governmental action. Asking consumers to ‘buy sustainable’ requires access to proper, reliable information about the products offered. The endless eco-labels and certifications which offer false information makes this almost impossible for consumers. Governments should be responsible for holding false eco-claims to account.

In conclusion the mainstreaming draft not only fails in what it set out to do, it leads to some dangerous proposals. It will not set up regulation to ensure economic and business sectors operate within planetary boundaries. It sets up mechanisms that appear to be solutions, but in reality are mere greenwashing. It will result in business as usual, with no effective change. Added to which it is placing CBD policies increasingly in the hands of corporations, who will never voluntarily put nature and the indigenous peoples who protect it above profit.