The Unión de Afectadas/os por Operaciones Petroleras de Texaco en el Ecuador (Union of People Affected by Texaco - UDAPT) brings together and represents the communities affected by pollution caused by transnational oil company Chevron, formerly Texaco. Since 1993, these communities have led a court case against the oil company for damages in the Ecuadorian provinces of Sucumbíos and Orellana.

Its mission is “to achieve a life with dignity and health and without pollution, through reparation of the damages caused by the human rights violations committed by Texaco’s - now Chevron - oil operations in the Ecuadorian Amazon.”

One of UDAPT’s main strengths is the unity between Indigenous nationalities and peasants. UDAPT’s struggle does not have a political end but rather one of social justice, which is they we do not look at cultural, language, political, or ideological differences, but at the common goal of achieving justice for human rights and nature.

UDAPT has focused their work or projects on the needs of grassroots communities, conducting community environmental monitoring with mobile technologies, where there is a need to monitor the levels of pollution and environmental impacts. Their health work is based on monitoring and gathering information on people’s health status, and providing training in knowledge and tools to prevent the emergence of more illnesses. Their work on rainwater systems comes from the need to provide safe and clean drinking water to communities that live in the affected areas. Regarding women, their goal is to create spaces where women from diverse realities can express themselves, dialogue and share experiences. They run a Toxic Tour, in which they take visitor to specific place in the area contaminated by Chevron-Texaco, to show the impacts of the oil company’s bad extractive practices. 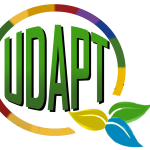