Friends of the Earth Malta has been active in the environmental field since 1985. The group was first set up as an umbrella organisation with representatives from various youth and environmental groups, but soon developed into a committee of activists. The movement’s mission is for strong sustainability that is informed by “deep” ecological values. In 1991 Moviment ghall-Ambjent became part of the Friends of the Earth International network.

The group has in the past concentrated its energies on the issues of land use, chemicals, energy, pollution, and waste. More recent campaigns have focused on climate change, food/biodiversity and GMOs. The group has been successful in opposing many of the major developments, including golf courses, that threaten to deplete Malta’s countryside and coast. This work is supplemented by ongoing educational activities and the preparation of reports on diverse environmental problems. 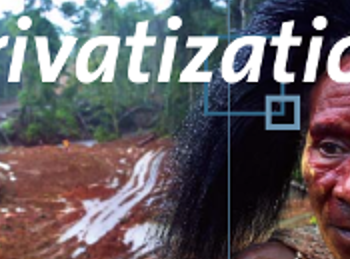 Nature for sale: the impacts of privatizing water and biodiversity