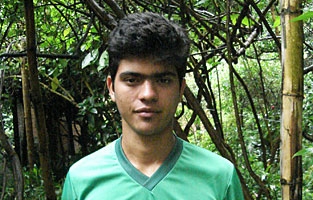 Following his wrongful arrest for murder, our friend and colleague has been set free.

In Paraguay last month, Miguel Correa, a 20 year old working with Friends of the Earth Paraguay was wrongfully arrested after violence broke out during a police-led eviction of peasant farmers.

Shots were fired, resulting in 17 dead and many injured.

Miguel feared that his friend had been injured, so went to the hospital to try and find him. In the confusion he was detained by the police, and wrongfully arrested for murder.

Over the past 48 hours, thousands of Friends of the Earth supporters across the world took action in solidarity with Miguel.

Friends of the Earth demonstrated outside the Paraguayan embassy yesterday to demand his release.

We have just received confirmation that Miguel has now been set free.
This fantastic news is a huge relief for his family and everyone at Friends of the Earth Paraguay.

Thank you for your support and for taking action with us. The pressure really worked.

While we celebrate his freedom, the Paraguayan authorities are yet to respond to our request for a full investigation into the 17 deaths.

We will keep you posted with the latest developments.