DENVER (US), April 25, 2006 – Friends of the Earth International and local communities from Peru, Ghana and Indonesia demand that US-based mining giant Newmont stop poisoning the drinking water around its mining operations.

Representatives from Peru and Ghana will bring this message to Newmont CEO Wayne Murdy during the company’s shareholder meeting today in Denver.

PERU
In Choropampa in Peru 400 people were hospitalized after mercury, a toxic metal and mining by-product, was spilled in the environment near a Newmont gold mine in 2000. The company did not agree to local demands for an independent health impact study. At La Apalina, the company closed an irrigation channel that is crucial for the survival of local farmers. “Water is the source of life. To deprive poorest people of this right so that a few people can get rich, is one of the gravest sins that Newmont is committing in the Northern Andes of Peru,” says Father Marco Arana of the Peruvian organization Grufides.

INDONESIA
In Indonesia, the Ministry of Environment commissioned an investigation about pollution around a Newmont mine in the Buyat Bay area in 2004. Drinking water for the local community contained up to three times the legally allowed amount of mercury, a toxic metal and mining by-product, and the amount of arsenic, which is also toxic, exceeded legal norms. High concentrations of mercury and arsenic were detected in the Buyat Bay seabed. Health problems such as skin diseases, tumors and birth defects have become more and more frequent. In August 2004, 23 people were hospitalized and had to undergo surgery.

GHANA
Newmont’s operations in Ahafo, even at the construction stages, have impacted negatively on water availability in the area. “The construction of a dam on river Subri has deprived many communities of access to drinking water and for water-based livelihoods. The dam has left the river Subri almost dead and the disposal of fecal matter into river Asuopre has rendered it unsafe for use by communities.” says Daniel Owusu-Koranteng of the Wassa Association of Communities Affected by Mining (WACAM) in Ghana. The water situation of the communities is expected to worsen when Newmont starts its mining operations.
Newmont refused to address many complaints by locals in the cases mentioned above but also in other countries. Demands for independent research were ignored and promises made at last year’s shareholder meeting have been broken. The company merely responds with Public Relations activities to explain how environmentally friendly its operations supposedly are.

Friends of the Earth International, the Indigenous Support Network and the Fourth World Centre for Indigenous Law and Politics (both from the University of Colorado in Denver) have invited Mr. Daniel Owusu-Koranteng, from WACAM in Ghana, and Father Marco Arana, from Grufides in Peru, to Denver where they presented the impacts mining on indigenous people in their countries at the conference “The Real Price of Gold?” on April 24, 2006.

On April 25, they will attend the Newmont shareholder meeting and meet Newmont officials. They will ask Newmont to stop poisoning drinking water and stress the need for independent research and monitoring of Newmont’s performance in guaranteeing water quality around its operations worldwide.

‘These examples show that local communities around the world are not properly protected against companies like Newmont and their destructive mining activities. Local people are often negatively affected and most of the time they don’t want giant mining operations in the first place. Affected people need to get better rights to protect their environment and their health. If needed, they must be able to take a company like Newmont to court in the US for crimes committed in other parts of the world,” says Paul de Clerck from Friends of the Earth International

A reduction of mining globally is needed to ensure a sustainable livelihood for local communities and a sustainable use of natural resources. Worst practices should be immediate halted, especially cyanide heap leach gold mining and submarine and riverine tailings disposal.

Torry Kuswardhono, Friends of the Earth Indonesia/Walhi (Indonesian Forum for the Environment): phone: +62-811-383270 or e-mail: 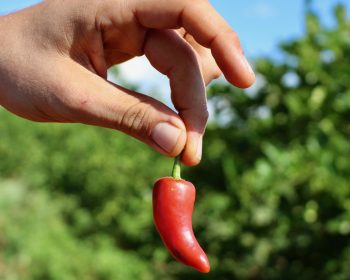