Chernobyl on 26 April 1986 is forever etched in our global memory. Today, 26 April 2016, marks 30 years since the Chernobyl nuclear disaster in Ukraine. The countries most affected by the disaster, include Ukraine, Belarus and Russia, but the radioactive fallout affected many countries of Europe. Austria was one of the most affected, especially the high radioiodine levels in the Vienna region.

Friends of the Earth Austria (GLOBAL 2000) has been working for decades to make sure the terrible fallout of this disaster is not forgotten and its impacts are addressed. For 20 years, they have been running Chernobyl Children's Charity. 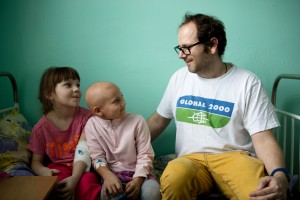 On the ground they are working with local partners to help rebuild and finance a cancer ward and orphanages in Ukraine’s Karkohv region. They also organize visits to relatively radiation-free Austria for children.

A newly released report titled 'TORCH 2016' commissioned by Friends of the Earth Austria exposes the human cost of the 30-year old disaster. 40,000 fatal cancers are predicted. 6,000 thyroid cancer cases have arisen so far, and 16,000 more cases are estimated to arise over the next 50 years

For the last three weeks, Friends of the Earth Austria launched an advertising campaign, with a pro-bono advertising company, to raise awareness about Chernobyl and the terrible health effects of radiation. They are putting the focus on children with cancer who lose their hair. In solidarity, many activists, journalists and others have been shaving their heads. This also helped raise donations for the children. 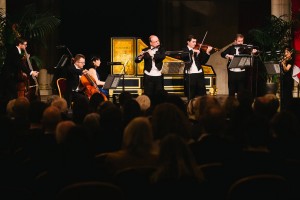 Last week, Friends of the Earth Austria teamed up with the Viennese Philharmonics to host a fundraiser concert, to raise money for their continuing work with children still affected by the disaster. It was attended by over 400 people and they managed to raise 15,000 Euros.

A whole generation has passed since the Chernobyl tragedy, but we keep making the same mistakes. Earlier this year we marked another notorious date: 11 March 2016 commemorated 5 years since the triple meltdown at the Fukushima Daiichi nuclear plant in Japan.

Nuclear power is an extremely dangerous, highly unsafe, high-cost energy source, which poses the threat of nuclear proliferation and a severe risk to human life and the environment.

We mark the Chernobyl and Fukushima anniversaries to bring sharp denunciation to nuclear power and demand a world free from dirty energy, be it coal, gas, oil, or nuclear. 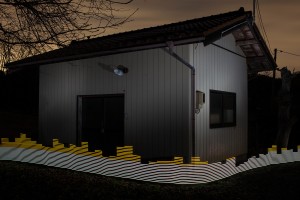 Friends of the Earth Japan will also commemorate the Chernobyl accident by hosting a symposium in Tokyo today to denounce dangerous nuclear power. Information about the symposium can be found here.

Friends of the Earth Russia is part of a coalition organizing more than 30 events in six countries. For example, in Belarus there is a "Chernobyl Week" including performances, exhibitions, film screenings and the key event - International Conference "Chernobyl + 30". In Kharkov, there is a series of poster exhibitions dedicated Chernobyl and Fukushima. And on 22nd April a famous Russian ecologist Alexei Yablokov presented a new edition of the book "Chernobyl: Consequences of the Catastrophe for human and nature."

Friends of the Earth groups in France, Malaysia, South Korea, Germany, Flanders (Belgium) and other countries are also fighting nuclear energy in their countries.

As 175 countries signed the Paris Agreement at the UN headquarters in New York last Friday, it is a stark reminder that to stop the climate catastrophe, we must end all dirty energy, including nuclear. We need an urgent shift towards community-owned renewable energy. We need an energy transformation now.