Among the tropical forests and mangroves of biodiversity-rich Borneo, the indigenous communities of Sarawak have lived in harmony with nature for centuries. Threatened by deforestation and landgrabbing for oil palm, paper and timber plantations, communities are fighting back to defend their rights and territories, with support from Sahabat Alam Malaysia (SAM/Friends of the Earth Malaysia).

By the end of the 20th century, excessive logging to supply global demand for tropical timber had left Sarawak state’s forests largely depleted. As demand for national palm oil continued to grow, Malaysia began to abandon the international RSPO system in 2016, in favour of national certification, MSPO.

Since the 1990s, more than three million hectares of land - over a quarter of Sarawak’s land area - have been designated for monoculture plantations for oil palm, pulp and paper, and timber.

Unlike forests, plantations are green deserts, with hugely negative impacts on plants, wildlife, soil and climate cycles, as well as local communities. When companies (both local and transnational corporations) grab forested land to replace it with monoculture plantations, they also rob Indigenous Peoples - who represent the majority of Sarawak’s population - of their livelihoods, their ‘native customary rights’ and their ancestral, cultural, and spiritual belonging.

Landgrabbing and deforestation in Malaysia is a local manifestation of a global phenomenon: Transnational corporations operate with impunity, disregarding human rights and the climate and biodiversity crises, within a global political-economic system led by profit, with weak environmental governance. 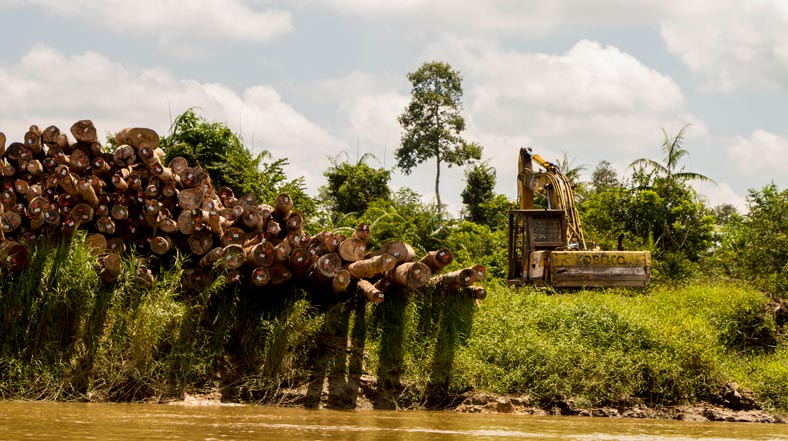 Excessive logging for timber, pulp and paper has depleted forests and destroyed ecosystems across Sarawak, Malaysia.

Indigenous Peoples in Malaysia have recognised and enforced customary land rights for centuries. In Sarawak, these rights are officially termed ‘native customary rights’. In the Iban language, the entire domain of a customary territory is known as the tanah pemakai menoa, which contains two broad land use categories. The first is the family-owned cultivated farms, known as temuda. The second is the common areas shared by the entire community. A large part of these commons is the communal forest, known as the pulau galau, where community members hunt, fish, gather plants, harvest timber and use rivers for water supply and daily travel. Sacred and burial grounds, as well as the community housing area, are also shared under collective rights.

The community apply ancestral knowledge and practices to maintain the delicate ecosystem of which they are just one part. Scientific research confirms that these indigenous conservation practices are more effective at preventing deforestation and habitat loss than modern conservation techniques, such as ‘officially protected areas’.

The tropical forests of Sarawak state, home to diverse wildlife and Indigenous Peoples have been destroyed for monoculture plantations

Although differing from state-issued land titles, customary land rights are protected under Malaysian law. Through law, communities can claim rights to land which is occupied, cultivated, or used for religious purposes, rights of way, and hunting and gathering, in accordance with customs. However, there is a key loophole: since 1958, the State does not have to recognise peoples’ sovereignty over their land unless they have a state permit. The Sarawak Land Code 1958 is very clear that no new customary land rights can be created without a state permit after that year.

In practice, for decades Indigenous Peoples have seen their land grabbed for public purposes, or conceded to companies for exploitation. In pre-2015 forestry law, personal notification of the annulment of their rights was not even mandatory, meaning that many affected communities were not aware that their land was being turned into production forests until it was too late. If notification was done, the manner and timeframe was often unfair and did not satisfy the right to free, prior and informed consent.(1) This created many of the existing production forests, the site for most of the past and present logging and plantation activities.

Finally, while the Federal Constitution requires adequate compensation based on strict valuation processes for loss of a documentary land title, the compensation that communities receive for loss of customary land is based on state discretion, if they receive anything at all.

Mapping and activism for victory 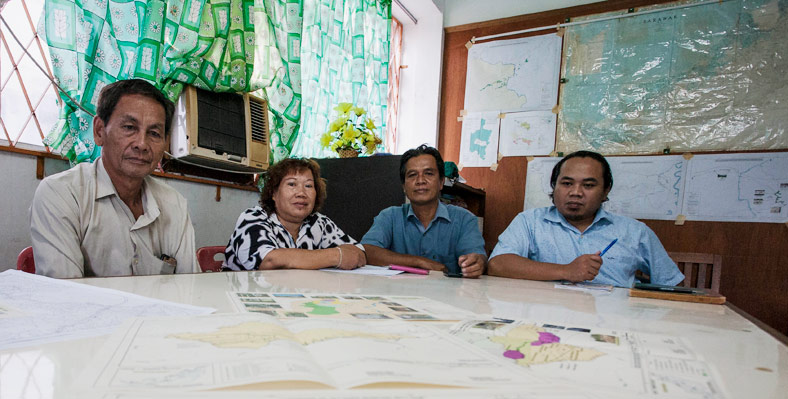 The local Friends of the Earth group, Sahabat Alam Malaysia (SAM), supports communities in their fight against landgrabbing and to defend their human rights and their right to manage ancestral lands.

Jok Jau Evong leads a team of four people in the local Marudi town office, working directly with local communities to run advocacy activities (such as petitions and letters to government), conduct territorial land use mapping, provide legal support, and help establish indigenous residents’ associations.(2) He came to Marudi to be closer to the communities and share the experience and political understanding of struggle that he has gained through travels abroad. 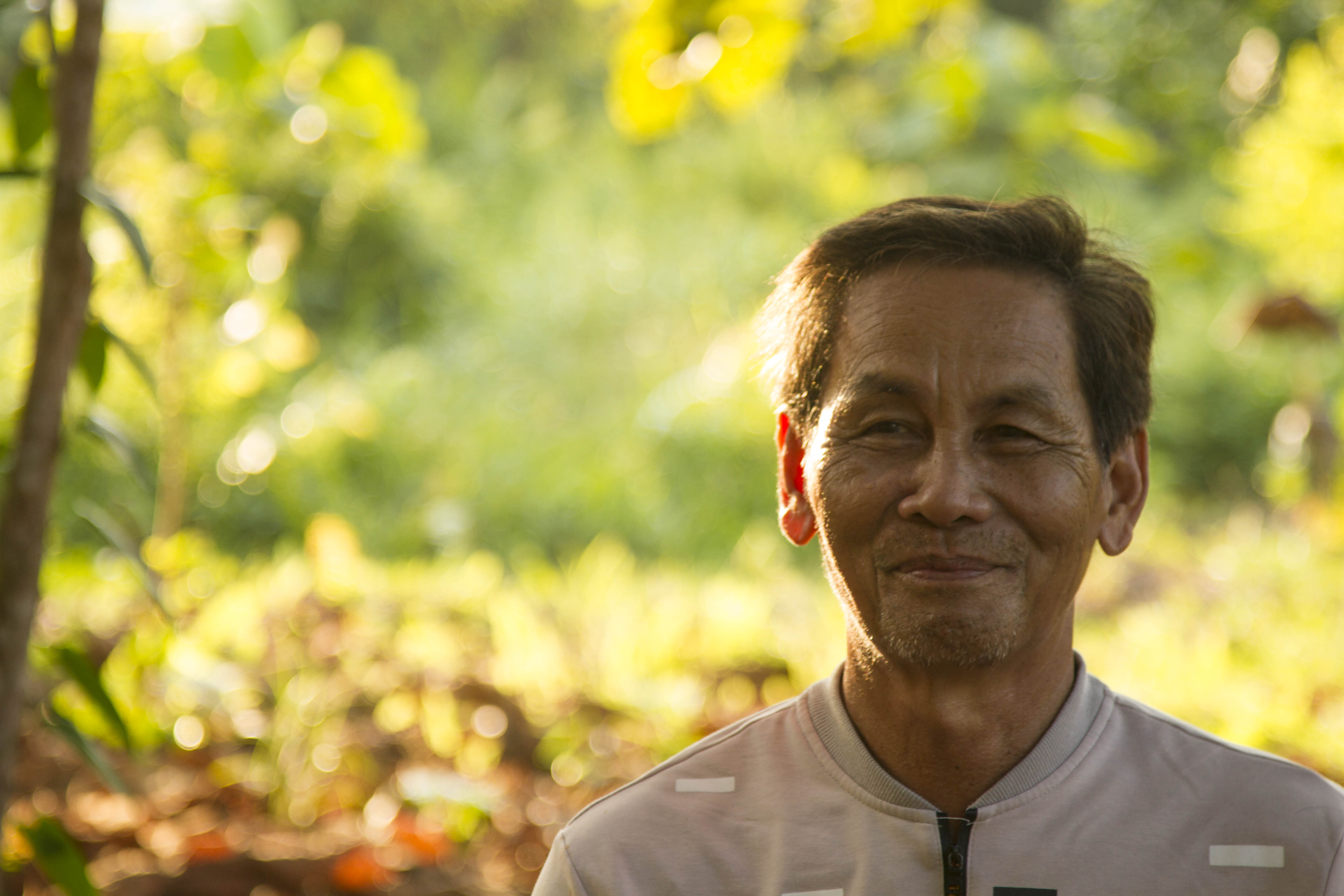 “I have been involved in lots of campaigns in Sarawak, particularly on the issue of native  customary land rights, and other major issues like logging and plantations, because of the landgrabbing by the state government.” — Jok

Since 1995, the team has worked to draw maps of indigenous domains, which are crucial in the struggle for land rights. They use GPS to track co-ordinates on the ground, then plot these on maps from the land registry back in the office. Although not officially recognised by the State land and survey department, these maps can be used in court or sent to state authorities or companies, allowing communities to define their rights within a legal framework.

In Puyut-Lubuk Nibung, around 45km upstream the Baram River in Marudi, more than 20 villages were threatened by oil palm plantations in 2018. The communities of Rumah Manjan and Rumah Nanta sought SAM’s help to raise awareness of their rights, map their territories, and mobilise them to form a Residents’ Association.

Once established as a Residents’ Association, the communities were able to obtain a copy of the project licence revealing the name of the company involved in the proposed plantation on their land. Using territorial maps, they successfully forced the company to agree not to encroach upon their land or conduct any land survey activities. They also blocked plans for an access road through their territory, by building and occupying blockades. 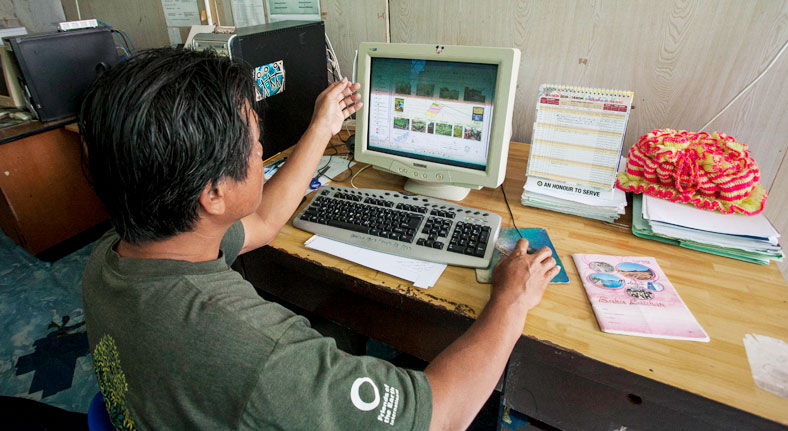 Local to global strength in numbers

SAM’s office in Marudi, south of Brunei, works with 13 of the local 28 Residents’ Associations, made up of indigenous communities from various longhouses. Despite their geographical distance, these communities face the same struggles. SAM brings them together in a network, which Jok calls “an effective representative communal platform to strengthen community rights and protect communal territories.” The network grows by word of mouth, as communities tell others about their positive experiences and successful struggles.

Through this solidarity network, they have been able to pressure the government to be more open and transparent, and block mega extractive projects, such as dams and plantations.

Local communities across the world face the same struggles in different contexts every day, against transnational corporations and often repressive or indifferent governments. At the global level, Friends of the Earth International works to build internationalist solidarity between peoples worldwide, and advocates for an internationally legally binding treaty on transnational corporations and human rights at the UN.

Most importantly, these networks of solidarity build the confidence of communities, as they see that victories are possible. Jok concludes:

“I have travelled and seen what is happening in other countries and how the people struggle to fight and restore back their own resources. I have seen the communities start to understand and have the confidence to fight and get back their resources.”

The international community can help by putting pressure on governments to be more open and transparent, and uphold the human right to free, prior and informed consent, and by offering financial support to frontline organisations, such as SAM.

Meena Raman, President of SAM, reminds us what is at stake:

“Now more than ever, it is critical that we protect the remaining forests and rivers in Sarawak from further exploitation, and undertake immediate rehabilitation and restoration of degraded forest areas. It is also fundamental that the State respect and recognise the rights of Indigenous Peoples to their territories and the importance of indigenous knowledge systems in helping to protect forests and biodiversity, which will also help them mitigate and adapt to the impacts of climate change, and build communities’ resilience to weather crises.” 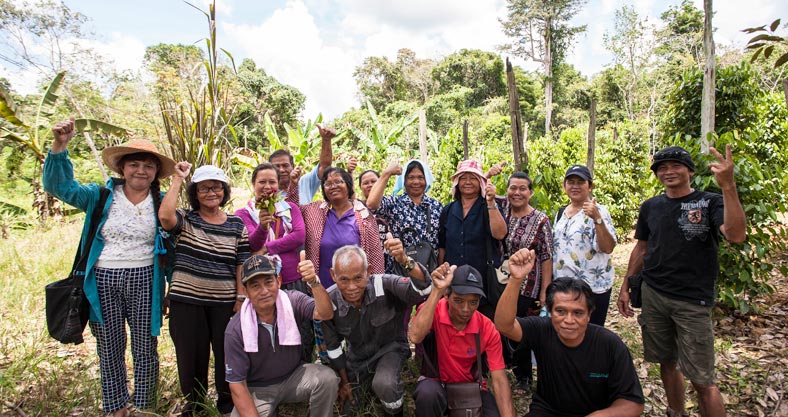 SAM Sarawak team celebrates with the local communities in the solidarity network.

(1) Isolated, rural communities typically rely on word-of-mouth communication, and do not speak English or Bahasa Malaysia as their first language, let alone understand legal jargon. Furthermore, they usually lack the means to travel to administrative centres to file an objection and claim their rights.

(2) Indigenous Residents’ Associations function as alternative leadership structures to the traditional indigenous community governance structures, which have long been replaced by state-appointed leadership and institutional controls. In line with their traditionally democratic consensus-based customs, these Residents’ Associations serve to provide a legal platform for community members whose views have been marginalised by state structures.

Interviews and photos by Amelia Collins. Writing by Madeleine Race.