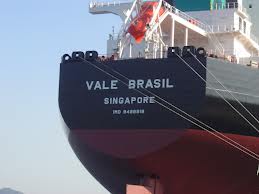 DAVOS (SWITZERLAND) / PORTO ALEGRE (BRAZIL), 27 JANUARY 2012 — With more than 25,000 votes, the Brazilian mining giant Vale has been crowned the ‘world’s worst corporation of the year’ at the January 27 ‘Public Eye Awards’ in Davos, Switzerland [1]

On the same day as the Awards ceremony, January 27, the world’s largest grassroots environmental organisation released a case study highlighting how Vale contributes to climate change [2] through its dirty mining activities while profiting from ‘carbon offsetting’ schemes which exacerbate the climate crisis.

The Brazilian corporation Vale is the world’s second largest metals and mining company and one of the largest producers of raw materials globally. In 2010 it reported profits of US$ 17 billion.

Despite setting out in 2008 its intention to cut its carbon dioxide emissions, Vale emitted – according to its own figures – 20 million tons of CO2 in 2010, an increase of a third on 2007 levels (15 million tons).

Vale has representatives on the Brazilian government’s official delegation to the UN and is one among many major corporations that are exerting pressure on government climate policies to undermine global action on the climate crisis.

The South African energy giant Sasol was also exposed by Friends of the Earth International in a separate recent case study on ‘corporate capture’ of UN processes. [3]

Chief among Vale’s large scale mining projects that have direct impact on peoples and the environment in Brazil is the controversial steel complex of Companhia Siderurgica do Atlantico (TKCSA), a joint venture in Rio de Janeiro.

Vale has faced heavy criticism for high levels of pollution at this plant, which increased Rio de Janeiro’s carbon dioxide emissions by 76 %. Nevertheless, Vale’s project looks set to profit from ‘carbon credits’ under the so-called Clean Development Mechanism (CDM) and other offsetting mechanisms.

“The project severely affected the livelihoods of eight thousand fishing workers living in traditional communities in the Sepetiba bay and the joint venture was denounced for environmental crimes in Brazilian courts,” said Lucia Ortiz for Friends of the Earth International.

“While Vale profits from large-scale mining activities which cause climate change, it also profits from false solutions which are exacerbating the climate crisis, such as carbon offsetting,” she added.

Vale is also constructing the Belo Monte dam in the Amazonian rainforest which is set to displace 40,000 people and have devastating consequences for the region’s unique biodiversity and Indigenous Peoples.

The case study released on January 27 also exposes a Vale mining concession in Mozambique, the Moatize coal project, which exploits one of the world’s largest coal reserves since 2011. It is expected to produce 11 million tons of coal per year once it is fully operational.

Vale’s Moatize project attracted considerable criticism in Mozambique, for instance because some 1,300 families were forced to relocate to areas with difficult access to water, energy and arable land, and into houses badly built, with cracks and leaky roofs. Affected communities recently resorted to non-violent demonstrations, including blockading a train transporting coal to the Beira harbour.

Daniel Ribeiro from Friends of the Earth Mozambique said: “Members of local communities have been threatened, persecuted and harassed, according to a Chipanga community member, and these reports are just the tip of the iceberg.”

For more information about Vale: http://publiceye.ch/