2010 had many high points for our global federation. In addition to the inspiring campaign victories outlined in the following pages, these included: in April, our presence at the World People’s Conference on Climate Change and Mother Earth in Cochabamba, Bolivia and the subsequent invitation by Bolivian President Evo Morales to present the outcomes to the UN Secretary General in New York. In July, a joint meeting between FoEI, the World March of Women and La Via Campesina in Mozambique that built alliances between women from Asia and Africa with a focus on three key issues: food sovereignty, climate change and violence against women. In September, the Sustainability School for activists and community members in Brazil, where 34 young people from 14 Latin American countries were trained and inspired. In October, our Biennial General Meeting in Malaysia, which was preceded by a fascinating dialogue with Indigenous Peoples from around the world during the “Ecological Equity: Sharing the Stories, Reclaiming our Rights” conference.

Nnimmo Bassey, Nigeria
Chair of Friends of the Earth International, 2010 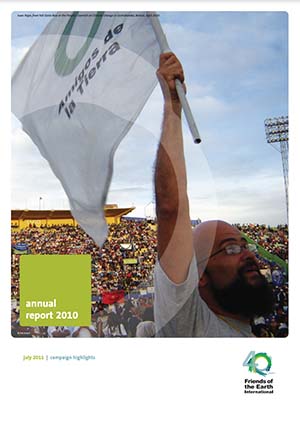 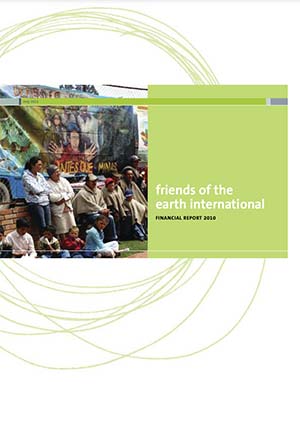