This report examines the various, and often contradictory, roles played by the World Bank – a major climate polluter and driver of deforestation, an institution attempting to address climate change, a political tool used by developed countries in UN climate negotiations to maintain control over international climate finance, a supposed defender of developing country interests, and an institution asserting itself to capture as much short term (and, by extension, long term) climate finance as possible. 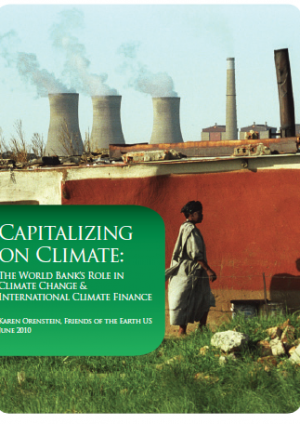