Skip to content
HomePublicationsGas in Mozambique: A windfall for the industry, a curse for the country

This new report by Friends of the Earth France, Mozambique and International denounces French interests in the gas mega-projects being developed off the coast of Mozambique. In a region plagued by escalating conflict, gas exploitation is already turning into a nightmare for the peoples of Cabo Delgado. Between corruption, militarisation, worsening climate change impacts and human rights abuses, the report exposes France’s role in a case that began in 2013 with a corruption scandal over a naval contract, and will continue with the signing of the largest investment ever made in sub-Saharan Africa in June 2020

The report details how the French public authorities have spent years working to ensure that the gas and arms industries and their bankers profit from Mozambique’s $60 billion gas windfall, further driving the country into dependence on fossil fuels. It exposes a true state scandal, involving economic diplomacy, public funding, arms sales, military cooperation and corruption. All this in a region plagued by a conflict that is escalating and has already claimed at least 1,100 lives since October 2017.

Friends of the Earth France, Mozambique and International call on the French government to put a stop to the diplomacy of chaos, at the service of the fossil fuel and arms industries, starting by ceasing all public aid for exports. In view of the seriousness of the human rights violations and the environmental and climate risks, they call on the French companies involved – private banks such as Crédit Agricole and Société Générale, energy industrialists such as Total – to withdraw from the gas projects off the coast of Mozambique and stop developing any new projects.

Read the Executive Summary in English:

The full report is available in French and Portuguese.

Find out more on JA!’s blog in English or Portuguese, and on Friends of the Earth France’s website in French.

“France is determined to ensure that this gas windfall benefits first and foremost its own transnational corporations, even if this means sowing chaos for Mozambique and setting off a climate bomb equivalent to seven times France’s annual greenhouse gas emissions. Neither the French government, nor Total and its bankers, seem concerned about the impacts this will have in fuelling climate crisis, local conflict, corruption and human rights violations.”

— Cécile Marchand, Climate and Corporate Justice Campaigner at Friends of the Earth France

“The fossil fuel industry is peddling a lie that gas can be part of the clean energy transition. In reality, this so-called transition in Mozambique has meant a shift from freedom to human rights violations, from peace to conflict, from communities living well through farming and fishing to starving populations deprived of their livelihoods. The gas rush, which is exacerbating the climate crisis and benefiting only transnational corporations and corrupt elites, must stop.”

Friends of the Earth International, press[at]foei.org 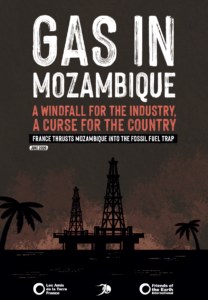 Report: Fuelling the crisis in Mozambique

How Export Credit Agencies Contribute to Climate Change and Humanitarian Disaster This report, written by Friends of the Earth groups… 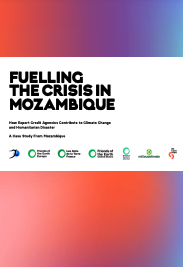 The recent Intergovernmental Panel on Climate Change (IPCC) report’s findings are both dire and clear: unless there are immediate, rapid… 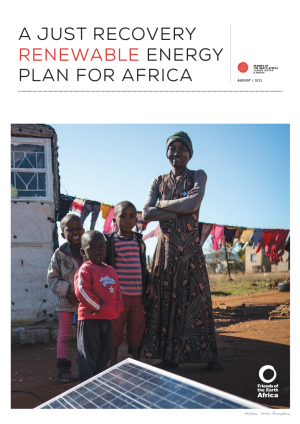