The first decade of the commercialisation of genetically modified (GM) crops was a resounding failure for biotech companies. The first GM crop was commercialised in 1994, and now, ten years later, the promises made by the biotech industry and its powerful lobby groups have still not materialised. Meanwhile, the global opposition to GM crops continues to swell. 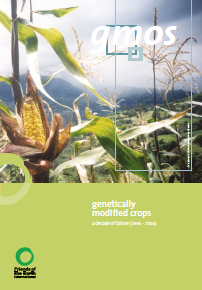