Skip to content
HomePublicationsPlaying with hunger: The reality behind the shipment of GMOs as food aid

A controversy over genetically modified (GM) food aid arose in 2000 and grew increasingly in 2002, when several Southern African countries refused GM food aid during a food crisis. African countries were presented with a false choice of either accepting Genetically Modified Organisms (GMOs) or watch- ing people starve. This situation, where GM food aid was presented often as the only solution to hunger was advanced primarily by the US which is also aggressively marketing Genetically Modified (GM) crops in developing countries. 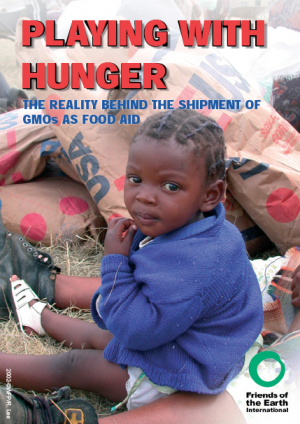