Mega-mergers and acquisitions have led to an unprecedented concentration of power throughout the industrial food chain. New technologies and ‘Big Data’ in agri-food production, distribution and retail will only aggravate the situation.

Friends of the Earth International’s ‘Who Benefits?’ series highlights the main drivers behind the consolidation of the global food system and how peasants, workers, our health and the environment are all affected.

The problems associated with the industrial food system have been widely reported: Land grabs, biodiversity loss, soil degradation, deforestation, unhealthy diets, appalling working conditions. Circumstances for the world’s small-scale food producers – responsible for over 70 percent of global food production – will only deteriorate as the concentration of power within the industrial food chain intensifies. Add to this the emergence of disruptive data-driven technologies and a poisonous cocktail is brewing.

‘Big Data’ is all about the ability to gather, analyze and reinterpret vast amounts of data including the extraction of commercially-relevant information. In the industrial food system, this could include information on historic weather conditions, market prices, yields, soils, distribution. This trend encourages further corporatization; the more information a corporation manages to accumulate, manipulate and monopolize, the easier it becomes to ward off competitors and accumulate profit.

If this concentration is not halted here and now, it will lead to the destruction of large parts of the peasant food web, risking the food security and sovereignty of millions of rural and urban communities.

We can choose a different future if we put control over our food systems back in the hands of the people, particularly peasants, workers and other small-scale food producers. 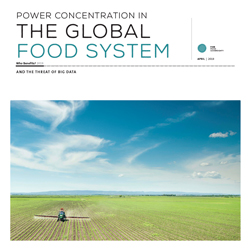 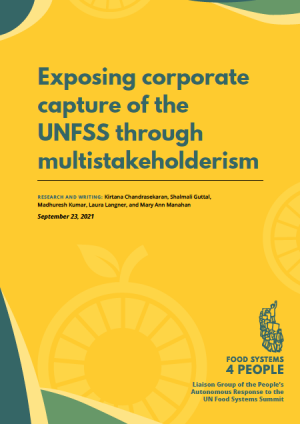 Agroecology has gained ground in recent years as the need to transform our agrifood system becomes increasingly clear. The global… 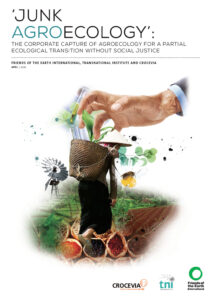