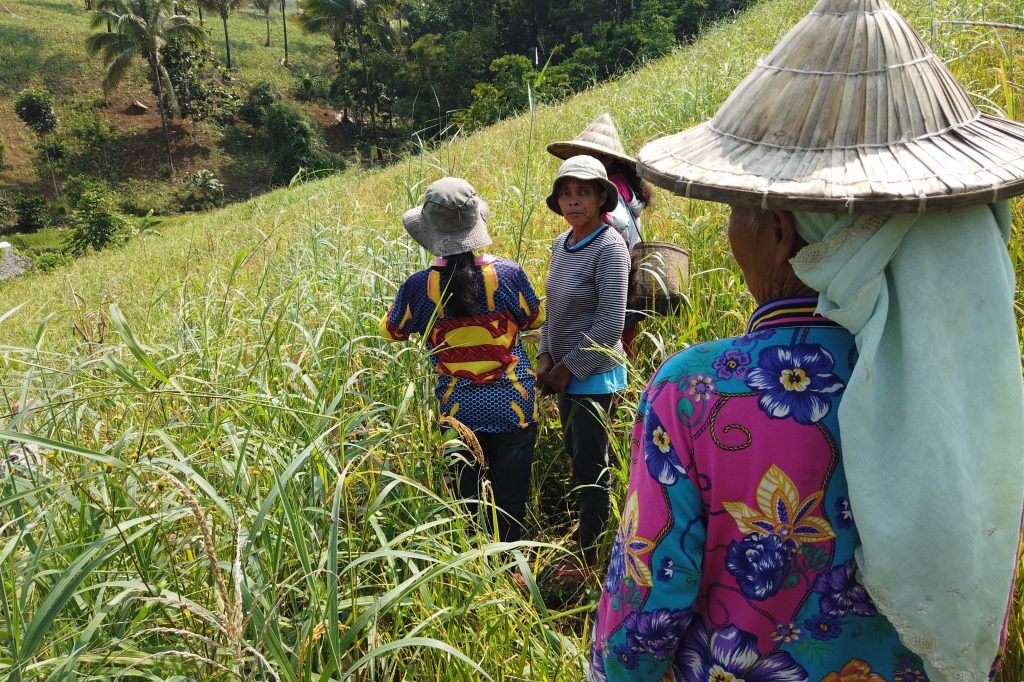 Agriculture is the main source of livelihood for many in the Philippines. 25-30% of working people are involved in cultivation, animal rearing or fish farming, and the sector contributes around one tenth of the country’s economy. The industrial food system, with its focus on monocropping and chemical inputs to maximise harvests for export, is devastating the environment and livelihoods of indigenous peoples who have always lived in harmony with local ecosystems. This is in a country with one of the most vulnerable agricultural systems to monsoons and extreme weather, which are expected to create more uncertainty as the climate crisis deepens.

In August 2022, we spoke to Ronito Alberto Modbeg, a representative of the Tëduray and Lambangian indigenous people. They are one of the major indigenous peoples of Southern Philippines, scattered across various provinces on Mindanao island and the Sulu archipelago which stretches down towards Borneo.

Ronito is a member of Kasarigan, the Executive Body within the Timuay Justice and Governance structure that handles the ancestral domain of the Tëduray and Lambangian people in the Bangsamoro Autonomous Region in Muslim Mindanao (BARMM). He spoke to us about “Sulagad”, the worldview of his people which holds nature as a sacred source of life, and about a project by Friends of the Earth Philippines and local youth to revive agroecological practices and restore territorial and food sovereignty.

“Sulagad provides for the primary needs of the Tëduray and Lambangian indigenous people,” explained Ronito. “This is where the communities get their everyday food. It naturally and abundantly grows in the area. For example, Sulagad includes various kinds of fish, bird, or any animal that people take care of within their ancestral land.”

The Sulagad way of life is deeply connected to Tëduray culture and tradition. It “expresses their unity as a peoples, their support for each other,” he added. It is also inherently aligned with agroecology, which is a way of producing food and living in harmony with nature, based on locally-relevant or indigenous knowledge and practices. In Ronito’s community, they cultivate collectively on shared land, which “makes agricultural work easier for everyone.” They use endemic crops such as rice and source food from the local surroundings, such as fish from the river, animals and plants from the forest. They also respect ritual traditions, showing deep respect for nature’s provisions.

“When all of the people in the community support each other, it contributes to positive impacts to nature, as well,” explains Ronito.

Unfortunately, as with many indigenous practices in the Philippines, the Sulagad way of life is under threat.

Indigenous peoples make up an estimated 10-20% of the Philippines’ population, though the exact number is unknown. In 1997, a national Indigenous Peoples’ Rights Act was passed, intended to ensure full respect of indigenous cultural integrity, customary land rights and sovereignty. Yet its poor implementation, and the more recent brutal, authoritarian rule of President Rodrigo Duterte since 2016, have meant a different reality for indigenous peoples in this Southeast Asian nation. The Philippines is the third most dangerous country in the world for those who try to defend indigenous rights and territories. They face constant attacks, criminalisation and landgrabbing.

On Mindanao island, agribusiness corporations exploit the institutional gaps in protection of customary land rights to grab land and impose industrial farming systems, with the support of the government. Ronito explains:

“The corporations bring threat to the continued practice of Sulagad as they divert the system from its core elements. Instead of farmers engaging in subsistence farming, the companies entice these farmers to work for them. Farmers become dependent on paid labour, and corporations gain.”

“People are worried because of many chemicals that are being introduced. These are intensively endorsed to supposedly make farming more efficient. But many are unaware that when one uses these chemicals, the soil loses it’s nutrients and does not produce an abundant harvest.”

The community’s ancestral lands, previously offered as collateral for the loans, then easily fall in to the hands of the companies. “Dependence to these business sectors has become the norm,” laments Ronito.

“I am concerned by the state of our rights to our ancestral domain. If we take a closer look, ancestral lands are being taken away from the indigenous peoples.”

Friends of the Earth Philippines, known locally as the Legal Rights and Natural Resources Center (LRC), works together with Timuay Justice and Governance to defend and revive Sulagad, linking it to the urgent need to assert indigenous peoples’ rights nationally.

In 2017, they conducted field research on the practice and brought community leaders together to commit to working towards its revival. They have since led educational and advocacy activities in several villages and at local government level, to “promote awareness on indigenous peoples’ rights to their ancestral domain and the environment” and “defend the rights of the youth, women, and indigenous leaders.”

Most recently, the project has involved the Tëduray and Lambangian Youth and Students Association (TLYSA), of which Ronito is a member.

“It is important to involve the youth in this work,” he emphasised. “If we go back to the concept of Sulagad, there is what we call a fënrënsa. It means that our ancestral knowledge and wisdom should be promoted and advanced by the young Tëduray and Lambangian, and they will continue to strengthen the legacy of their ancestors.”

“The youth carries on the work of our leaders. The youth serves as the hope of our community,” he concludes.

With thanks to Ronito Alberto Modbeg and Friends of the Earth Philippines/Legal Rights and Natural Resources Center – Kasama sa Kalikasan (LRC-KsK).

You can watch a short documentary about “Sulagad”, made by LRC, here.

You can listen to this audio interview on Real World Radio here. 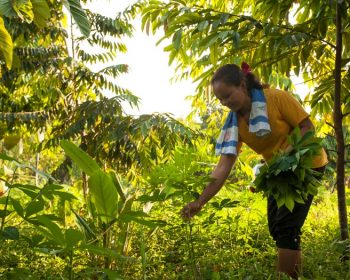 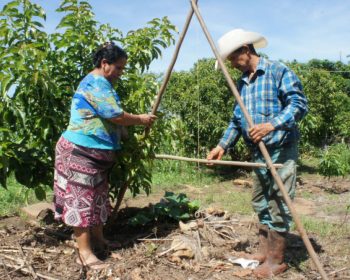