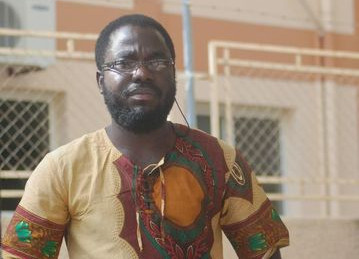 A participant of the UN Summit in Rio de Janeiero was denied entry into Brazil by the Brazilian authorities.

Mr Vunjanhe was expected to expose the negative impacts of Brazilian mining corporation Vale at the Peoples Summit, a parallel event of the UN Rio+20 Summit. Vale is one of the official sponsors of the UN Summit. The activist did not get any explanation as to why he was sent back to Mozambique.

Friends of the Earth Mozambique supported hundreds of Mozambican families which were resettled by Brazilian company Vale in the Moatize district and carried out demonstrations in recent months to reclaim their rights.

While Friends of the Earth International has received a commitment from the Brazilian Ministry of Foreign Affairs that Jeremias will be brought back to Rio this Monday, we demand a public explanation and excuses from the Brazilian government.

In Rio de Janeiro, Friends of the Earth International is campaigning against the growing influence of big corporations and business lobby groups within the UN, through government delegations, and in multilateral negotiations. We are requesting a clear public statement from the UN that its priority is to serve the public interest and not business interests, and a commitment to take concrete steps that will limit industry’s influence in UN decision-making processes.

We believe that as a host country Brazil should ensure that the freedom of expression prevails over the interests of corporations and guarantee the right of people to protest.

FoE Mozambique member Jeremias Vunjanhe, who was denied entry in Brazil last week, is back in Rio! He was welcomed by a crowd of activists at the airport, and joined the FoEI delegation in the city late on Monday evening, 18 June.