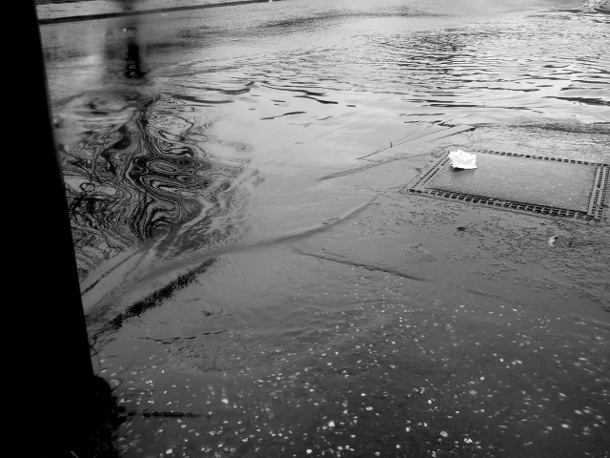 TOKYO, JAPAN, March 26, 2014 – A key UN science report on climate change to be released in Japan on March 31 is likely to state that climate change is leading to more extreme weather, and that this will cause significant damage in both rich and poor countries.

“Scientists are warning us that extreme weather is  taking a huge toll in lives and livelihoods worldwide and this will only worsen. The poorest and most marginalized people will be unable to adapt to this reality. This report underscores the need for urgent action from world leaders to reduce carbon emissions,” said Dipti Bhatnagar, Friends of the Earth International Climate Justice and Energy coordinator.

The Intergovernmental Panel on Climate Change (IPCC) report is likely to state that even with adaptation global agriculture productivity could decline in all regions, although developing country regions are likely to be hit the hardest. A net decline in ocean productivity due to warming and acidification will exacerbate this challenge.  These impacts will lead to rising numbers of refugees and conflicts.

“Developing countries will have to bear the brunt of the further impacts of climate change, although they have historically contributed the least to the greenhouse gases in the atmosphere today,” said Yuri Onodera of Friends of the Earth Japan.

The last IPCC report made clear that man-made climate change was already impacting ecosystems and food production, and that the impact on human health is becoming more apparent.

It also said that “even the most stringent mitigation efforts cannot avoid further impacts of climate change in the next few decades” but without these “climate change would, in the long term, be likely to exceed the capacity of natural, managed and human systems to adapt.”

The Intergovernmental Panel on Climate Change (IPCC) is a UN body tasked with producing five yearly updates of knowledge on the scientific, technical and socio-economic aspects of climate change. It has three scientific working groups each producing and publishing a detailed report.

The second group Working Group (WG2) Summary for Policy Makers and detailed report will be published on 31st March at: http://www.ipcc.ch/

Their earlier reports, from 2007, can be found here:
www.ipcc-wg2.gov/publications/AR4/index.html

The WG2 report will have 30 chapters produced by 310 authors, consisting of 61 Coordinating Lead Authors, 183 Lead Authors, and 66 Review Editors from 73 countries. The summary report will be agreed line by line by up to 195 countries in Japan on 25th to 29th March 2014.

The briefing “IPPC Fifth Assessment, Working Group 2 report“about the WG2 produced by Friends of the Earth England Wales and Northern Ireland is online.