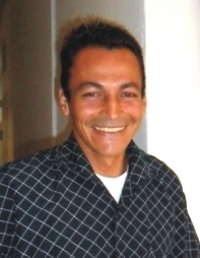 Friends of the Earth International expresses its alarm and distress at the disappearance of Miguel Ángel Pabón Pabón, leader of the social movement for the defense of the Sogamoso River in Colombia.

Miguel Ángel Pabón PabónMiguel Ángel was last seen on October 31 2012. The environmental federation Friends of the Earth International, composed of environmental groups from 76 countries, learned of his disappearance during their Biennial General Assembly in El Salvador.

Please take part in our action in solidarity with Friends of the Earth Colombia and Miguel Ángel Pabón Pabón!

Miguel Ángel, a 36 years old father of two girls, is a dedicated and notable environmentalist, defender of the River Sogamoso and of the fisherfolk and peasant communities in the area. He created the Social Movement for the Defense of the Sogamoso River, together with other leaders of the region in 2008, which has contributed to building awareness among the communities about the terrible consequences of local hydro-electrical projects. He has also participated in demonstrations against the company ISAGEN, denouncing the negative social and environmental consequences that have hurt fisherfolk and peasant communities, and the terrible labour conditions of the workers that are building the hydro project.

In 2011, he was instrumental in the creation of the Columbian Movement in Defense of the Territory and Affected People by Dams “Ríos Vivos”.

Since his disappearance, members of the settlements, peasants and fisherfolk of the region who closely know Miguel, have organized groups (brigades) to search for him in the surrounding areas, including Municipalities of Sabana de Torres, San Vicente, Betulia and Barrancabermeja.

Unfortunately, this is not the first time that such a tragedy has happened to the members and leaders who defend the rights of communities in the region. The Observatorio de Paz Integral reported that 11 people have already disappeared in 2012, 6 of whom were subsequently found dead. Several social leaders have been assassinated in the region of the Sogamoso River since 2009. These crimes have been committed with total impunity, with no consequences for the perpetrators.

Friends of the Earth International requests that the Colombian authorities – particularly the Magdalena Medio Police, the National Attorney General, the Ombudspeople, the Municipality of San Vicente, the Regional Attorney, and other entities of Public control – to do everything in their extensive powers to prevent a major tragedy, and to make sure that Miguel Ángel Pabón Pabón is found and returned to his home in good health.

Please take part in our action in solidarity with Friends of the Earth Colombia and Miguel Ángel Pabón Pabón!