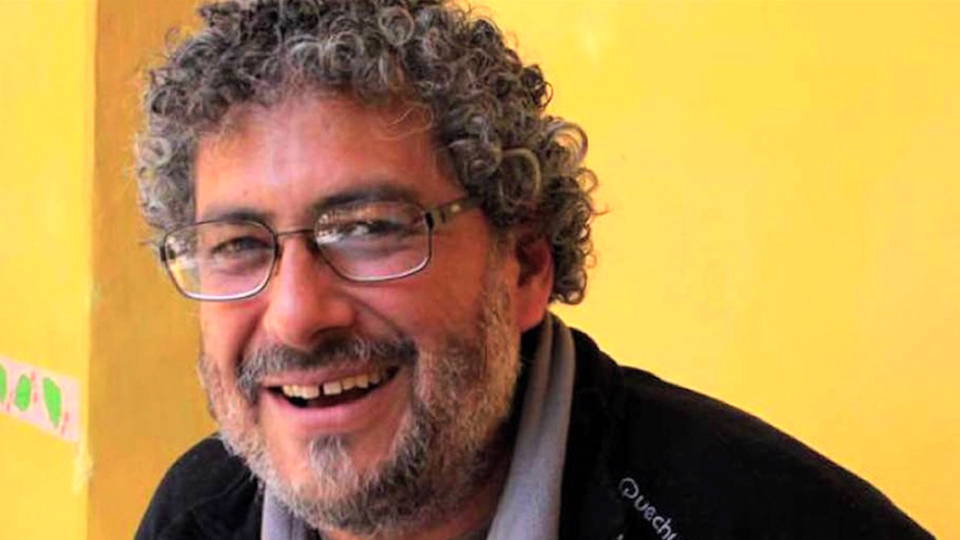 March 31, 2016 – After being prevented from leaving Honduras for 24 days, the director of Friends of the Earth Mexico (Otros Mundos A.C.) was notified that the ‘migratory alert’ impeding his travel has been lifted.

Update – 4 April 2016 – Gustavo returned safely to Mexico last Friday. He is resting and recovering, but offers his thanks to everyone around the world who supported him. He has the many in Honduras who continue the struggle in his heart. Today, he joined a press conference to where he called for their protection, and for an impartial investigation of the murder of Berta Cáceres.

Today, the First Courthouse of Letters of Intibucá, Honduras, acting on instructions from the judge Victorina Flores Orellana, decided to lift the measure prohibiting Gustavo Castro Soto from leaving the country, which has been in place since March 7.

This decision was made after the Honduran General Attorney’s office requested that the restriction be lifted because “all of the [necessary] investigations and scientific tests have been exhausted” in the case of the assassination of Berta Cáceres on March 3rd.

Gustavo Castro, witnessed the murder of Berta Cáceres, the coordinator of the Civic Council of Popular and Indigenous Organizations of Honduras (COPINH), and was wounded during the attack. As a Mexican citizen, and as a witness and victim of attempted murder in Honduras, he has had the right all along to collaborate with the Honduran authorities from his own country, in accord with the Treaty for Mutual Legal Assistance in Criminal Matters in effect between Honduras and Mexico.

However, this right was violated by the Judge Victorina Flores Orellana who on March 7 issued a migratory alert for thirty days against Gustavo Castro, and by the Honduran General Attorney’s Office, which took 24 days to revoke this measure. During this period, Gustavo Castro has only been required to undertake two more procedures in the context of the investigation – an obligation he could have fulfilled from Mexico.

We are pleased with this decision, which should finally allow our colleague Gustavo Castro to return to Mexico.

However, we condemn the lack of reaction on the part of the Mexican government, in particular by the Secretary of Foreign Affairs who, despite its communiqué today, did not take the necessary steps to urge the Honduran government to let a Mexican citizen return home. Meanwhile, the team of Otros Mundos A.C./Friends of the Earth Mexico, the family and legal counsel of Gustavo Castro, organizations acting in solidartiy and international bodies have continue to condemn the violation of human rights that this migratory alert represented.

We demand that the right of Gustavo Castro to continue collaborating in the investigation from Mexico according to the treaty between both countries be respected. Gustavo Castro should immediately be permitted to safely return to his home country.

Our position remains the same:  We demand an impartial investigation of the facts until the murder of Berta Cáceres, and the assassination attempt against Gustavo Castro, are fully clarified and those truly responsible are held to account.

Our thanks to the many thousands world-wide who have spoken out against this injustice, and in defense of Gustavo Castro and others at risk in Honduras. Together, we will continue the struggle.

Petition: Ask the Honduran President to stop the bloodshed