The deal agreed last December in Paris fails to deliver the scale of action needed to prevent dangerous climate change.

On 22 April 2016, representatives of over 130 nations are expected to attend the signing ceremony of the Paris Agreement at the United Nations Headquarters in New York. This brings parties one step closer towards ratifying the Agreement – with each nation turning their intended pledges to reduce greenhouse gas emissions (known as INDCs) into their agreed actual contribution to the climate effort.

“From a scientific perspective, the numbers just don’t add up”, said Jagoda Munic, Chairperson of Friends of the Earth International. “The countries historically responsible for the bulk of climate change are coming up far short of their fair share of cuts in greenhouse gas emissions.”

The climate science is clear that breaching the 1.5°C guardrail poses an unacceptable risk of crossing irreversible tipping points, impacting billions of people. The Agreement mentions the pursuit of ‘efforts to limit increase to 1.5 degrees,’ and acknowledges the risks of a 2°C goal, it lacks the conviction needed to meet even the 2°C goal. In fact, current pledges put forward by countries add up to warming of around 3 degrees, and possibly higher.

Without a meaningful increase of action now, the current pledges lead us to climate disaster.

“Meanwhile, the Paris Agreement’s mention of ‘climate neutrality’ is also worrying, as it will encourage the deployment of untested, dangerous geoengineering, or false solutions such as carbon markets, nuclear energy and a global land grab for agrofuels. This is all to legitimize the continued pumping of carbon into the atmosphere, with a pretense of somehow sucking the carbon back out again,” said Dipti Bhatnagar, Climate Justice and Energy Coordinator at Friends of the Earth International.

In the next 10 years, as the window closes on our chance to remain below that 1.5°C guardrail, we will continue to help build a peoples’ movement to push for this transformation.

“As for the global elite’s theatre, simply signing the Paris Agreement without any substance on implementation and ambition is irresponsibly insufficient”, said Sara Shaw, Climate Justice and Energy Coordinator at Friends of the Earth International. “We cannot count on such an Agreement alone to achieve climate justice.”

Jagoda Munic, Friends of the Earth International Chair, jagoda [at] zelena-akcija.hr, in Croatia. 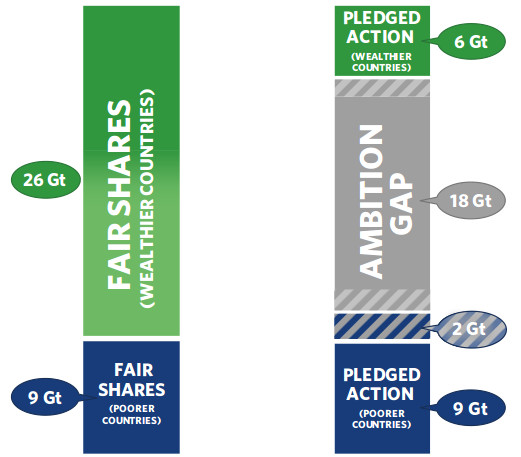 An energy revolution is possible – Friends of the Earth International report

Archive: Statements from Paris COP21 in 2015