Skip to content
HomeNews13 years is too long for victims of Shell’s oil spills to wait for justice. 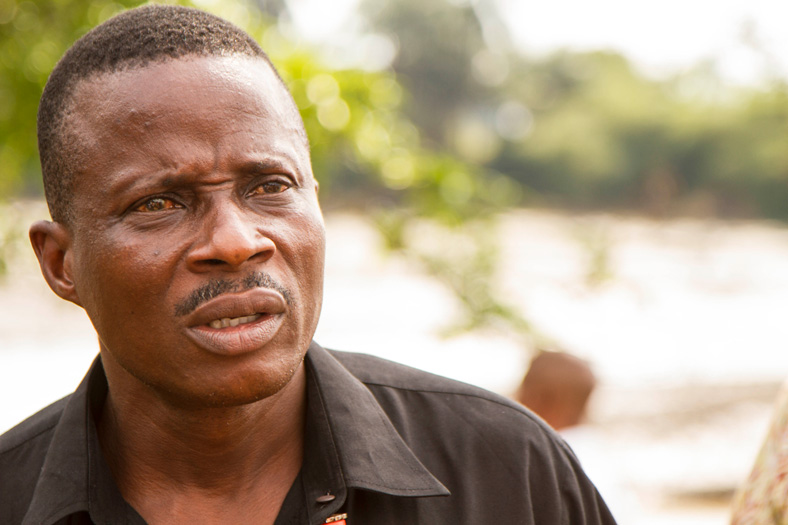 On Friday 29 January 2021, justice prevailed for the people of the oil-soaked Niger Delta. After a 13-year struggle for redress for lives ruined by oil spills, three Nigerian farmers, supported by Milieudefensie/Friends of the Earth Netherlands, beat one of the world’s most powerful transnational corporations, Shell, in court in the Netherlands. Across Nigeria’s southern Delta region, people who have never heard of the Court of Appeal in the Hague celebrated with victory parties. But no victim should have to wait thirteen years for justice. Better laws are needed now to give victims quicker and more effective ways to win remedy.

The discovery of oil in the Niger Delta has brought untold suffering to its people. Shell was there from the start in the 1950s – and with it came oil spills and pollution. The repeated failure of oil companies and the Nigerian government to clean up the pollution has left hundreds of thousands of Ogoni people with serious health problems – breathing toxic fumes, drinking poisoned water, farming contaminated soil, unable to earn a living. Life expectancy is ten years shorter than the rest of Nigeria.

Chief Barizaa Dooh was a successful businessman in the lush, thriving village of Goi – he had a bakery, fertile farmland, and several deep-sea fishing canoes – until two major oil spills from Shell’s poorly maintained pipeline struck in 2003 and 2004. The village was virtually wiped out, the land contaminated, the fish died off, and Dooh was left with almost nothing. Shell denied any responsibility. So Dooh bravely joined with three other farmers from nearby villages and Friends of the Earth to sue Shell in its home country, the Netherlands. Dooh did not live to see the verdict that ordered Shell to take responsibility for wrecking his village. But his son, Eric, who stepped into his place as plaintiff, said, “finally there is hope, some justice for the Nigerian people suffering the consequences of Shell’s oil.”

This is a significant ruling. It is the first time any survivors of Shell’s pollution have won justice and compensation in the home country of the oil giant. It will have Shell HQ reconsidering what it thought it could get away with in Nigeria. Crucially, the court ruled that both Shell and its Nigerian subsidiary have breached their duty of care. Shell did not do all that was necessary to prevent damage from leaks. Shell has a duty to intervene in the behaviour of its subsidiary: it can no longer pass the buck and hide behind a complicated veil of sub-entities and service companies. Best of all, the ruling means that any Dutch company failing to adhere to human rights and environmental regulations overseas now risks being taken to court, held accountable, and fined.

For my brilliant colleagues in Nigeria who have worked tirelessly with communities in the Delta, this judgement brings hope to the entire region. It can help the people of the Delta rewrite their bloody history, living up to the promise of environmental resistance martyr Ken Saro-Wiwa. With thousands more oil leaks across the Niger Delta, victims now have a pathway to justice and redress.

But what took so long? The truth is that our lawyers had to spend a majority of those thirteen years debating procedures with the court and jumping hurdles with Shell. Years were frittered away trying to access Shell’s key documents, trying to prove that Shell HQ bore responsibility for its subsidiary, and that the case should be heard in the Dutch courts. Years in which the Nigerian plaintiffs were sitting in front of a judge rather than enjoying lives with their families.

It shouldn’t require a marathon effort by Friends of the Earth for just four farmers to win compensation from Shell in its home country. This should have been a relatively clear-cut case. This is why we need better laws to hold European companies like Shell liable for what happens in their name overseas. A duty of care to ensure companies are actively preventing harm throughout their supply chains; transparency to see what they’re doing; and parent company liability, to cut through the complicated web of buck-passing. It must be made easy for all people affected by human rights abuses and environmental damage by European companies overseas to access justice in Europe: if you can’t take them to court, they’re not accountable.

Right now, the EU is debating establishing European-wide legislation for so-called ‘corporate due diligence’. It could be the most powerful tool yet to ensure European companies are liable for their actions abroad. This case has beaten a path through the undergrowth for victims of corporate crimes. Now we need strong laws to make this avenue easier to access. To make holding companies like Shell legally accountable the norm, not the exception. Only then can we hope to deter these abuses in the first place.

This piece was first published in Common Dreams, 8 February 2021.

Image caption: Eric Dooh overlooking the oil devastated landscape of the Goi community. Eric Dooh became one of the plaintiffs in the case following the death of his father Chief Barizaa Dooh, who was one of the original 4 farmers who brought the case against Shell. Credit: Amelia Collins/Friends of the Earth International.