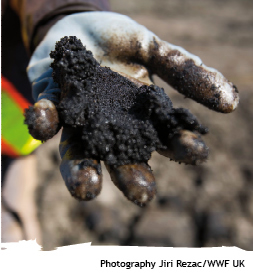 On 23 February representatives from European governments will decide on plans to keep tar sands out of Europe. Friends of the Earth Europe is urging European governments to say no to the dirtiest forms of unconventional oil and defy pressure from both the Canadian and big oil lobbies.

Last week, eight Nobel Peace laureates wrote to European heads of states to ask them to support the European Commission’s efforts to keep tar sands out of Europe. This follows on from a letter written to President Obama which asked him to reject the proposal for the construction of the Keystone XL pipeline – bringing oil from Canadian tar sands into the US. Obama rejected the Keystone XL pipeline proposal last month.

Tar sands are the most climate hostile energy source in commercial production today. Producing oil from tar sands results in more than 20 % greenhouse gases (GHGs) than from conventional oil production.