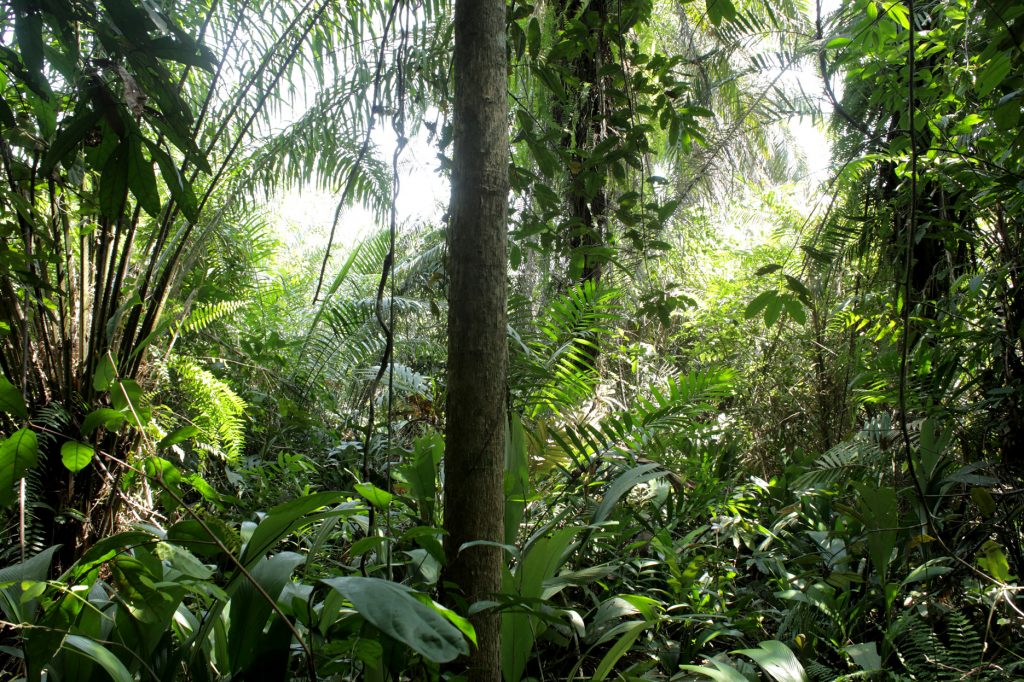 The relationship between forests and water is of crucial importance both for our survival and for the health of the planet. There is a vast amount of scientific evidence showing that water is better protected when forests are well protected. This is why many communities and Indigenous Peoples grant special protection to water sources, and give them a spiritual and cultural meaning. For people living in cities, this relationship is apparent as well, since we know that if the forests where our water sources originate are not well protected, the water cycle will cease to flow.

There is currently another type of relationship that equally affects forests and water. Financialization of nature is a new threat to both of them. By financialization we mean the process through which nature, and the functions it performs, are turned into financial assets traded in financial markets.

The financialization of nature entails a separation of the natural elements including water, air, biodiversity, landscape from their cultural and spiritual values. Once separated, new property titles are issued for each one of them or their parts, but those entitlements are no longer associated with customary land ownership rights, the collective rights over the territory or the social roles of the land. In this way, new sources of production and accumulation of capital are created, which lead to a process of further appropriation and concentration of the means of production, and an impact on livelihoods. These new property titles, which are often referred to as “natural capital”, are acquired by corporations to offset their excessive exploitation, degradation or pollution of nature. They can also be traded in financial markets on the basis of agreements signed between corporations and States, local authorities or the communities themselves. This enables the same actors that are responsible for the conflicts and injustice to benefit not only from their concentration of power over resources, but also from the generation of new profits derived from speculation with these new property titles in financial futures markets. Meanwhile, nature and the commons become increasingly scarce and expensive, since they have been commodified and a price tag has been put on them as a result of corporate actions. Consequently, decision rights over how to live in a territory and how to manage its resources are transferred from the local sphere to powerful economic actors and new financial markets.

Friends of the Earth International’s report on “Economic Drivers of Water Financialization”, from November 2013, shows with concrete examples in various countries the different stages in the unfolding of these processes in each country in terms of public policy reforms – whether in the water, energy, environment or mining sectors; whether involving structural adjustments and economic austerity; whether in the context of militarized territorial conflicts or the adjustment to new trade and investment treaties or international cooperation agreements.

Forests and more generally nature as such are also impacted by these kinds of processes. Today, we can see how forests are being privatized because of their role in capturing CO2, through the implementation of REDD mechanisms (reducing emissions from deforestation and forest degradation). In addition, the community rights of Indigenous Peoples, local communities and other communities that depend on forests are violated. Biodiversity is as well affected when mechanisms such as offsetting are launched, which allows for the destruction of biodiversity in one territory, as long as biodiversity is protected in another completely different place. At the same time, other types of functions performed by forests, water and biodiversity, can now be sold through green bonds or traded in new biodiversity banks.

The financialization of nature promotes and reaffirms false solutions to the main problems we currently face. Instead of tackling the root causes of climate change, they promote more deals and business as usual in order to continue polluting. These false solutions also undermine the real solutions that are already available today. Community-based forest management is a viable solution that is already being practiced, effectively demonstrating that it not only improves the quality of forests, but is also a solution against deforestation and degradation of forests, while strengthening at the same time the rights of Indigenous People and local communities. The same is the case with traditional forms of water management.

We must oppose the financialization of nature if we want to put an end to the serious problems we face today, which are already causing serious impacts. If we add to this our support to strengthen proposals such as those mentioned immediately above, we will be taking steps forward towards a more just and equitable world.