Skip to content
HomeNewsFriends of the Earth Africa: Commemoration of Saro-Wiwa murder reinforces demand to wean off dirty energy 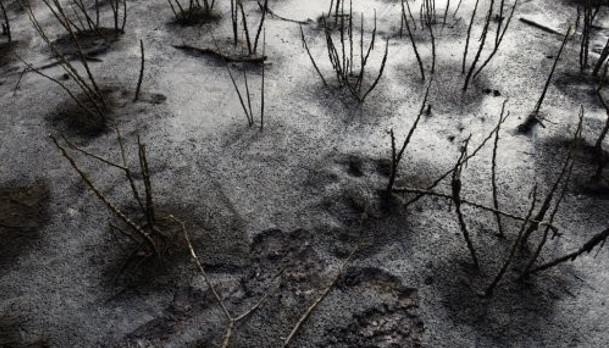 As the world commemorates the anniversary of the murder of playwright and activist Ken Saro-Wiwa, remembrance activities are being organized all over the world to continue Saro-Wiwa’s legacy of advocating for the preservation of territories, supporting environmental defenders, resisting corporate rule and seeking justice for communities affected by dirty energy.

In connection with these tributes, as part of the Reclaim Power Month of Action on Energy, and on the eve of the UN Climate Convention in Warsaw, today, African groups wrote to U.S. President Barack Obama to “reject any further extraction of and exploitation of fossil fuels, including natural gas, oil, coal and unconventional fossil fuels” as part of Obama’s Power Africa initiative and attempts to weaken the greenhouse gas cap of the US development finance institution, the Overseas Private Investment Corporation. Rather, the groups urged support for “small-scale, decentralized, community-owned renewable energy initiatives throughout the African countryside and cities.”

Saro-Wiwa and eight other Ogoni leaders were sentenced to death on 10 November 1995 by the junta of late General Sani Abacha for speaking out against the impact of Shell’s exploratory activities for petroleum in Ogoniland in Nigeria’s Niger Delta.

Godwin Ojo, Executive Director of Friends of the Earth Nigeria, said: “18 years after the extra judicial murder of Ken Saro-Wiwa for resisting corporate rule instigated by Shell, the aggressive extraction of fossil fuels and other forms of dirty energy continue unabated, instigating injustices, oppression and ecological genocide in the Niger Delta and many other parts of Africa and the world. That is why we are launching this letter today to President Obama to reject support for dirty energy as part of his Power Africa initiative. [1]”

A new report by Friends of the Earth International titled: “Good Energy, Bad Energy: Transforming the Energy System for People and the Planet’, has also been released this past week. The report exposes the grave threat posed by the aggressive drive for fossil fuels and other dirty energy forms. The report notes that world’s current energy system is driving climate change and many other social and environmental problems, from land grabbing, pollution, deforestation and the destruction of ecosystems, to human rights abuses, health problems, premature deaths, unsafe jobs and the collapse of local economies [2].

In this context, Friends of the Earth Africa demands that the Obama administration stop pushing the further exploitation of fossil fuels through initiatives like ‘Power Africa’. Siziwe Khanyile, Coordinator of FoE Africa said, “We’re facing catastrophic climate change and grabbing of territories of communities for dirty energy and false solutions. 75 African groups demand: Leave the Oil in the Soil and the Coal in the Hole. We want clean, democratically-controlled renewable energy systems for our people instead.”
The world’s largest recent discovery of natural gas in the past decade was found in Mozambique [3]. But Anabela Lemos, Director of Friends of the Earth Mozambique states: “We want to avoid climate disaster and so does President Obama. So it is simply impossible to exploit this natural gas in Mozambique. We don’t need more of a resource curse in Africa.”

Kwami Kpondzo of Friends of the Earth Togo said: “Small scale solutions can provide us with sustainable lives and livelihoods without sinking our health along with that of the continent and the planet.”

[2] The report and a summary can be found online at http://www.goodenergybadenergy.org