Skip to content
HomeNewsIndonesian police fire on gold mine protesters 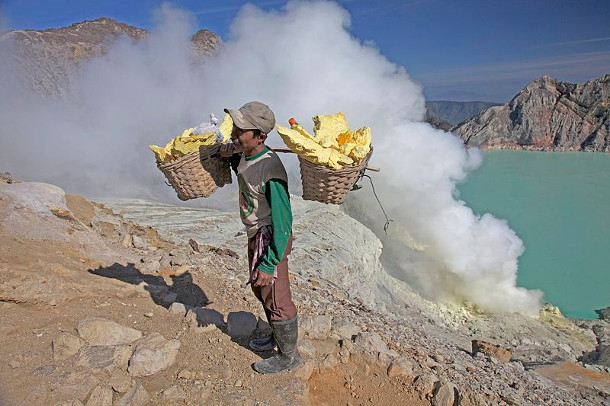 Friends of the Earth International is shocked to learn of an attack by the Australian mining company Arc Exploration and the Indonesian security forces on 24 December against members of the Anti-Mining People’s Front (FRAT) during a peaceful protest at the Sape Harbour, Sumbawa, Indonesia.

The civilians involved are opposed to the presence of a gold mine, majority owned by Australian mining corporation Arc Exploration.

We have learned that the Indonesian government deployed troops and riot equipment which shot at the protesters killing three people critically injuring 19 others.

FRAT is opposed to the mining operation because it threatens to endanger the livelihoods of civilians, farmers and fisher folk. It believes that the mine will destroy land and disrupt water resources which will affect residents’ agricultural lands.

Throughout 2011 people have peacefully expressed their opposition to the mining project and each time they have been met with a violent response from government agencies and the police force.

Walhi, the Indonesian member of the Friends of the Earth International, recorded 103 cases of conflicts over natural resources sectors in Indonesia.

This latest fatal attach on 24 December 2011 is a clear violation of human rights and the documented cases of violence against farmers over natural resources show a troubling pattern of widespread human rights violations against the Indonesian people.

Friends of the Earth International has written to the Indonesian President demanding justice for the victims of the recent attack calling for him to:

Update
As a result of media work carried out by our colleagues at Friends of the Earth Australia, Arc Exploration said it has suspended operations and will report to the Australian companies regulator over the killings. In addition an Australian Senator has requested an investigation and will seek that Australian companies be held accountable to Australian law for activities overseas.