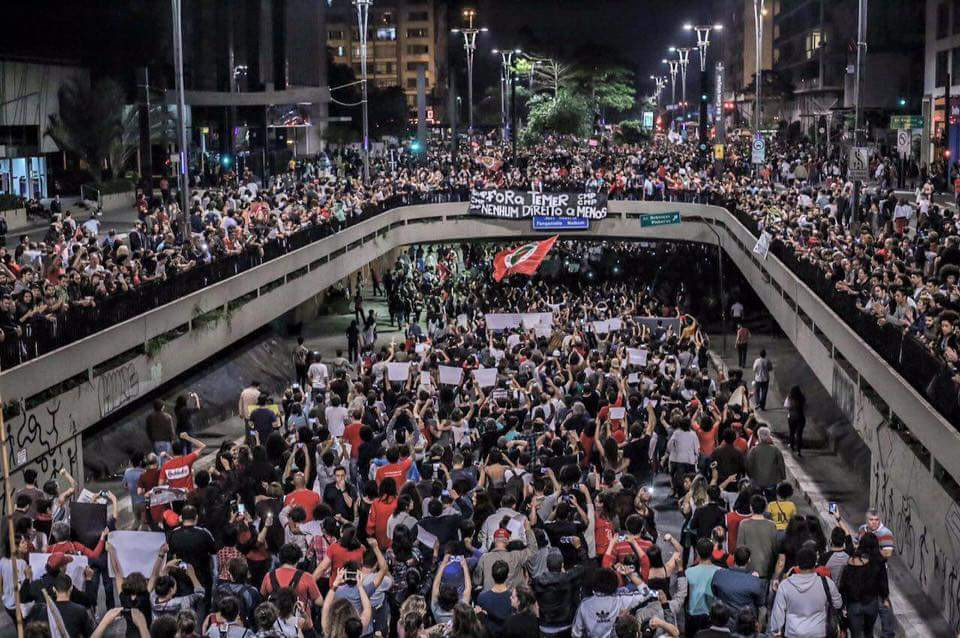 Friends of the Earth Latin America and Caribbean (ATALC) condemns the coup d’état in Brazil, legitimised using fraudulent strategies orchestrated by the Latin-American elite in order to destabilise democracy. We stand in solidarity with the Brazilian people.

We call on our national governments to guarantee respect for the will of the Brazilian people – freely expressed through the ballot box – through the implementation of necessary measures and the non-recognition of Michel Temer’s government. This imposed government represents anti-democratic interests, and goes against the political institutions and the democratic rule of law of this South-American country.

Without a doubt, the coup d’état imposed on Dilma Rousseff’s government – democratically elected by more than 54 million voters – is another example of the disastrous results of experiences that countries such as Honduras and Paraguay have gone through in the last few years. Where democratic governments have made advances related to social justice, these advances are forcibly cut-short through parliamentary coups d’état that represent an attack on popular power and on national riches in order to deliver them into the hands of corrupt, illegitimate political forces and large corporations.

With the institutionalisation of the coup d’état, the social demands and victories of the most disadvantaged are being rolled back, and the social policies implemented by the elected government during the last decade are being strongly disrupted. Furthermore, state policies in the areas of health, education and culture, as well as already fragile environmental policies, are being destroyed.

These attacks on democracy and on the people have already been revealed in the last few months in Brazil with the imposition of economic policies marked by budget cuts and the privatisation of services and collective resources, in this way having a direct and daily impact on the Brazilian people in the rural and urban areas. Promoted by the illegitimate government and congress who supported the coup d’état, a package of measures that simultaneously benefit big business and oppress the people are now in progress: the opening up of petrol reserves to transnational capital; the annulment of the environmental licensing system; and a direct attack on labour, social security, women’s, indigenous peoples and afro-descendent rights.

We denounce this coup d’état as an attack on all Latin American peoples which threatens the inclusive regional integration that progressive governments have advanced in the last few years, as expressed in UNASUR and other initiatives.

As a federation of organisations who struggle for social and environmental justice and for the construction of sustainable societies, and filled with indignation at this most recent attack on our continent’s peoples, we call on popular forces around the world to support Brazilian communities, organisations, processes and movements that – despite the current adversities – are coming together as a re-invigorated social movement in the struggle against the atrocities of the Brazilian right-wing and their coup d’état allies.

We trust that the combined strength of those who defend life and dignity will result in the respect for democracy and the rights of the peoples of our Americas.

No to coups d’état in Latin America!
The struggle continues for people’s sovereignty and against neoliberalism!