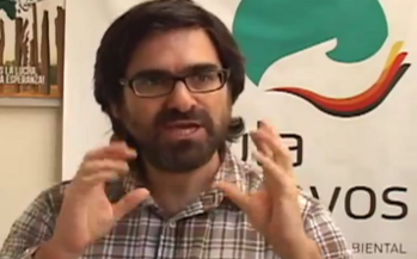 The call for the Peoples Summit to take place in Rio de Janeiro on June 15-23 is loud and clear. The organizers are expecting 23,000-25,000 participants to arrive; a few months ago the estimated number was 8,000 participants.

In order to achieve this, it was necessary to work jointly for over a year and a half together with important organizations in Latin America, among them Friends of the Earth, La Via Campesina, World March of Women and Jubilee South.

Martin Drago, of REDES-Friends of the Earth, explained in this interview that a process to relaunch capital can be seen in the framework of the official summit in Rio de Janeiro, and this made it necessary for social movements to rearticulate their struggles at local and national level.

In this way, according to Drago, the Peoples Summit in Rio de Janeiro is an opportunity to “take a leap” and rebuild a “mystic”, similar to the one that enabled to stop the FTAA at the Mar del Plata summit in 2005. The organizers of the Peoples Summit concluded that the methodology implemented by the latest world social fora was not enough and that in this stage it is fundamental to give way to convergence spaces and avoid overwhelming people.

The aim is to deepen agreements around three areas: social and environmental justice; against the commodification of life and nature; and in defense of the Commons. It was also made clear that this is a summit independent from governments, free from corporations and its aims are to denounce the structural causes of the crisis, the false solutions and that imminent plan to “relaunch capital”.

“The aim is also to give visibility to the struggles and solutions. Our peoples come up with and implement solutions on a daily basis. This summit is an opportunity to broaden them”, said the Uruguayan activist.

Drago also believes that in these spaces it is key to gather strengths, to aim to the rearticulation of social movements and to build common struggle agendas. “This has to be done in the streets, this is not a summit to stay indoors discussing”, he added.

What can be found at this Peoples Summit? There will be campsites, cultural activities with a political perspective, markets and exhibitions, spaces for alternative communication media and self-managed events.

There will also be five plenary sessions divided according to thematic areas: rights, environmental social justice; defense of the Commons against commodification; food sovereignty; energy and extractive industries; labor issues, economy and new paradigms of society. Under the slogan “mobilization is key” the organizers of the Peoples Summit are following all activities taking place before Rio in different parts of the world. Groups and organizations promoting mobilizations around this can send an email to mobiliza@rio2012.org.br