Skip to content
HomePublicationsA Wolf in Sheep’s Clothing? An analysis of the ‘sustainable intensification’ of agriculture

This report examines what governments and international donor organisations mean when they refer to the so-called ‘sustainable intensification’ of agriculture and whether it represents a change in direction for agriculture.

There is growing evidence of the global harm being caused by intensive, high input agricultural production, globalised trade in industrial food and overconsumption of food in some populations. Agriculture (including fishing) is the single largest cause of global biodiversity loss.(1) Nitrogen pollution from agriculture is now four times greater than the ability of planetary eco-systems to absorb it.(2)

Agriculture accounts for 60 per cent of global methane emissions and 70 per cent of freshwater withdrawals from the world’s rivers.(3) Unsustainable agriculture is destroying future ability to produce food; the United Nations Environment Programme (UNEP) has estimated that unsustainable farming leads to reductions of global agricultural productivity of around 0.2 per cent a year.(4) As a recent report by the European Commission stated: ‘we can expect ecosystem services and entire ecosystems … to collapse by 2050 if production systems and consumption patterns do not change’.(5)

Available as a full report and a shorter summary. 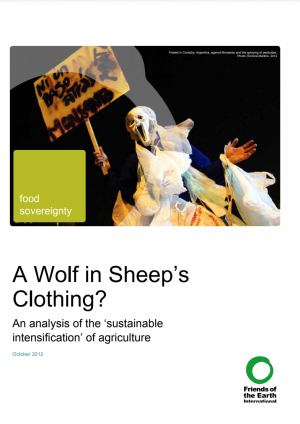 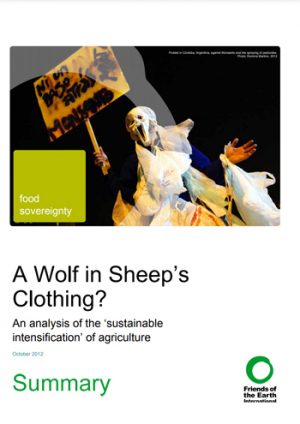