Lobbying in Brussels by Europe’s 50 largest companies is happening in secret despite attempts to secure transparency, confirms new research by Friends of the Earth Europe.

The influence of Europe’s largest companies on EU policy-making is still underestimated. Although public awareness of lobbying by big business is growing, the influence of the largest European companies on shaping policy is less widely recognised. Most European citizens tend to have a very vague picture of how companies lobby in Europe, rarely associating lobbying by an industry-sector with a specific company or name. This lack of clarity makes it even easier for companies to hide behind public affairs consultancies and professional organisations, so as to avoid disclosing their own lobbying, preferring to keep their activities in the dark. This is partly a result of the very nature of the lobby register launched by the European Commission in 2008. 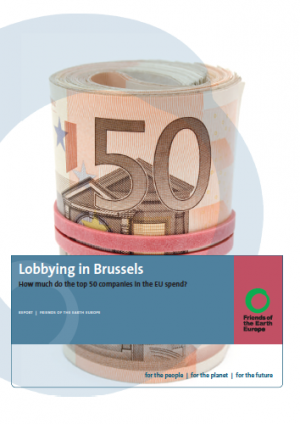