Since the signing of the Kyoto Protocol, the supplementary treaty to the United Nations Framework Convention on Climate Change (UNFCCC), in 1997, the carbon market has been promoted as one of the main instruments for dealing with climate change. The possibility of one party buying the right to produce carbon emissions above the limit set by the UNFCCC from another party whose emissions are below this limit has proven incapable of reducing emissions and has resulted in environmental conflicts. Though questioned and delegitimized, “cap-and-trade” programs and the Clean Development Mechanism (CDM) have established the carbon trading and offset approach to emissions and led to the creation of initiatives such as Reducing Emissions from Deforestation and Forest Degradation (REDD+1), a payment for environmental services (PES) scheme. Thus, the idea by which policies and thought on the environment, climate, and biodiversity must continue to be dominated by the mechanisms, practices, and terminology of the market and the financial system – often called the “basket of goodies for corporations” – still prevails.

The state of California has been seeking to integrate subnational programs into its Cap-and-Trade Program, which sold its first carbon allowance in 2013, and to introduce international sector-based offsets, mainly as REDD+ initiatives.

In November 2010, the governments of California, Acre, and Chiapas signed a Memorandum of Understanding (MOU) on Environmental Cooperation with the goal of creating a REDD+ carbon credit system between the three states. The system would allow REDD+ funding to be channeled into Acre and Chiapas, and emissions in the state of California to be compensated.

There are many lessons to be learned from the cooperation efforts between California, Acre, and Chiapas and the impacts of REDD in these states in relation to the international and national processes that are advancing towards what we call the commodification and financialization of nature. Friends of the Earth International (FOEI) groups in all three countries, as well as FoEI’s Forest and Biodiversity Program are contesting this process, due to the key role it plays in establishing a precedent for policies on climate and biodiversity. The analysis in this report is based on research on secondary sources, interviews with members of organizations from the three countries and of the governments of California and Acre, and participation in activities with indigenous and peasant leaders.

The report begins with an analysis of the Memorandum itself: its origins, objectives, results, and the key players in this process. This is followed by a look into California’s policy from the perspective of social groups in the US. The third and fourth sections discuss the impacts of policies and REDD projects in Acre and Chiapas, respectively. Then, we share thoughts on what we have to learn from this cooperation effort, especially in relation to: the idea of participation; the incorporation of the values of indigenous and traditional peoples and gender, and the role of large conservation organizations; the building and implementation of safeguards; and some fundamental concepts and practices such as community, avoided deforestation, environmental services, and the idea of consensualism in climate change policies. We end by presenting recommendations that aim to guarantee the fulfillment of the human and environmental rights of the communities and peoples affected the most by climate change and the basic logic underlying REDD+ in the context of cooperation between California, Acre, and Chiapas. 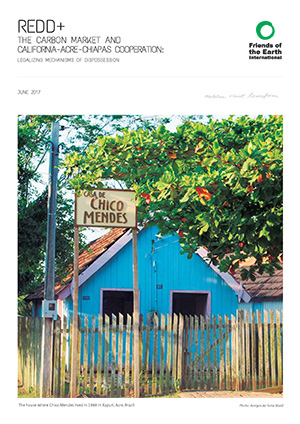 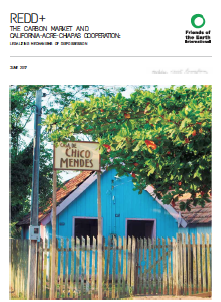 Reducing emissions from deforestation and forest degradation (REDD) – our position 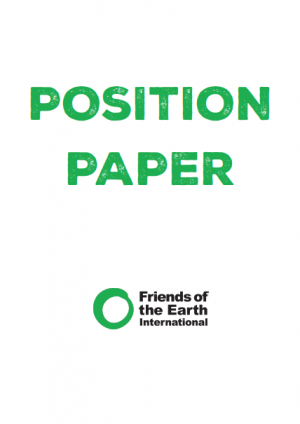