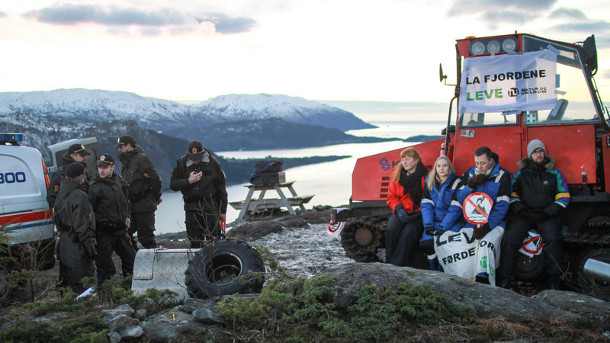 Eighty Norwegian protesters face legal action for their peaceful protests.  For three weeks in February, they blockaded machinery to prevent drilling on top of a mountain which could become a open-pit mine. They were trying to get the Norwegian government to stop the controversial mine project, which plans to dump more than 250 million tonnes of waste and chemicals into the nearby Førde fjord. The fjord is a national wild salmon sanctuary, spawning ground for a number of endangered species and an endless supplier of food and sustainable jobs. The mining company has now announced that they will file a massive lawsuit against the peaceful activists, some of whom are as young as 16.

The petition telling Nordic mining to drop the lawsuit against the protesters is now closed.