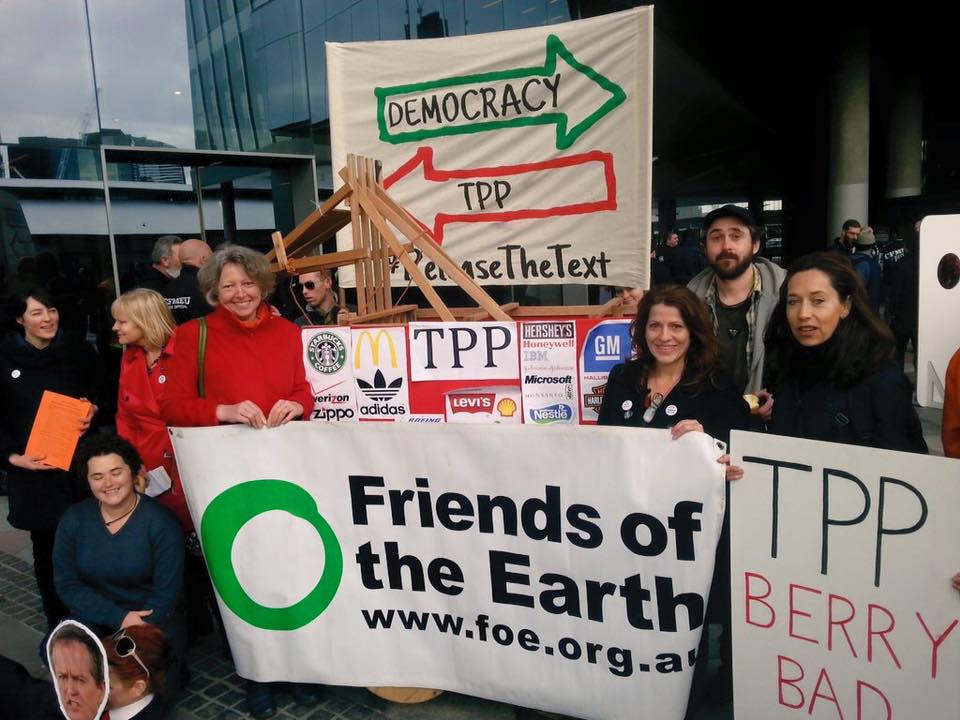 Friends of the Earth International warned that the ‘Trans Pacific Partnership’, or TPP, will threaten people and planet, if ratified.

“The TPP signing ceremony is nothing more than a photo opportunity to try and prop up this deeply unpopular and environmentally destructive deal. Trade ministers know that it will be very difficult to ratify the TPP in national parliaments, particularly in the US where all leading presidential candidates oppose it.”

“The people protesting on the streets of New Zealand today represent the widespread opposition to this corporate trade deal across the pacific. The fight against TPP is growing and we must make sure this 6000-page injustice never sees the light of day.”

“The TPP would undermine environmental regulations on a vast range of issues including food safety, access to medicine, genetic modification, chemical use and climate change.  For example it would protect “free trade” in dirty energy products and lead to an increase in coal, oil and gas exports, fueling global warming.”

”TPP includes the controversial Investor State Dispute Settlement (ISDS) mechanism that enables foreign corporations to sue governments for adopting policies that could harm their expected profits. Just this month, TransCanada announced that it would use ISDS to sue the United States for $15 billion for disallowing a dirty  tarsands oil pipeline. TPP will further undermine government’s ‘right to regulate’, which is why legislators should reject this bad deal.”