Skip to content
HomeNews100 years of Friends of the Earth Norway 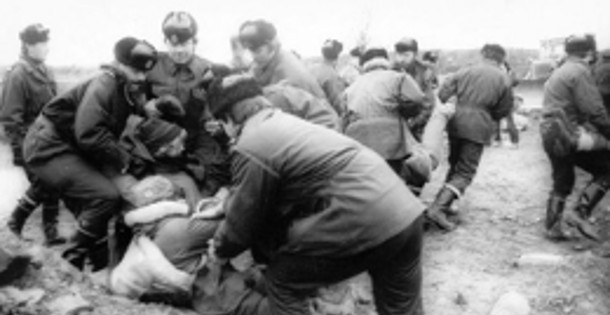 For one hundred years Friends of the Earth Norway/Naturvernforbundet has been the country’s leading environmental organisation. Some movements can boast that they built their country – the environmental movement in Norway is proud of its contribution to preventing their country from being dismantled. Being nature’s voice, Friends of the Earth Norway secured some of the values Norwegians are most proud of: wonderful national parks, clean air, fresh drinking water, rich fishing rivers and wilderness only twenty minutes by subway from the heart of the capital.

Speaking about the first century and ongoing work of FoE Norway/ Naturvernforbundet, chairman Lars Haltbrekken said “We are actively engaged in preserving nature and ensuring sustainability at all levels: locally, nationally and internationally. Together we have helped to build a community that can see the value in a river with no power plants and a forest filled with all the diversity our ancestors experienced. We continue to push for responsible and sustainable use of our planet’s resources, so that we protect the environment for communities here and around the world.”

Naturvernforbundet celebrated its first 100 years with a festival in the woods, where more than one hundred participants experienced Norwegian nature at its best, and a grand celebration in the centre of Oslo.

For the first decades, Naturvernforbundet consisted for the most part of researchers and scientists, and the work was largely focused on the protection of individual trees, species and areas. In the sixties, they aimed for broader mobilisation of members. Eight new local chapters were founded, and the membership numbers rose from 1,000 to 30,000 in ten years.

The seventies was a “green decade” where Naturvernforbundet increased in membership and became more critical of the authorities, particularly on oil spills, hydro-electric development and acid rain. The fight against the development of Altavassdraget – a river in the northernmost part of Norway – did not lead to victory, but created political pressure that led a comprehensive and evidence-based management of vulnerable Norwegian rivers.

From the mid-eighties, the Chernobyl disaster increased awareness of the dangers of nuclear waste. Ozone holes scared the world to international action. Climate problems came onto the agenda, and Naturvernforbundet joined the Friends of the Earth network, and now collaborates with environmental organisations worldwide on these global issues. But new battles at home were just as important.

From 2000 the fight against the oil industry really took off, both to preserve nature and climate. Naturvernforbundet has, in cooperation with other organisations and local communities, including the very active and independent youth branch, Young Friends of the Earth Norway, ensured that there is no oil drilling in the beautiful areas Lofoten, Vesterålen and Senja.

Friends of the Earth Norway is now actively campaigning to protect marine life in two of Norway’s fjords. As one of the last four countries in the world to allow the practice, Norway plans to allow the dumping of toxic waste – or tailings – from new mining projects directly into the ocean. Friends of the Earth Norway is campaigning against the practice ahead of a decision by the authorities in the autumn.