Skip to content
HomePublicationsFriends of the Earth International at 40

Forty years ago, a small, dedicated and determined group of environmental activists from France, Sweden, the UK and the US met in Roslagen, Sweden, to support each other in tackling common environmental problems. This meeting was to be the first of many passionate intercultural exchanges of concerns and ideas over the next four decades: it resulted in the founding of Friends of the Earth International (FoEI), now an influential global federation with groups in 76 countries and over 2 million members and supporters around the world. 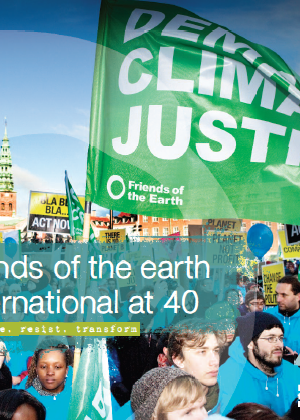