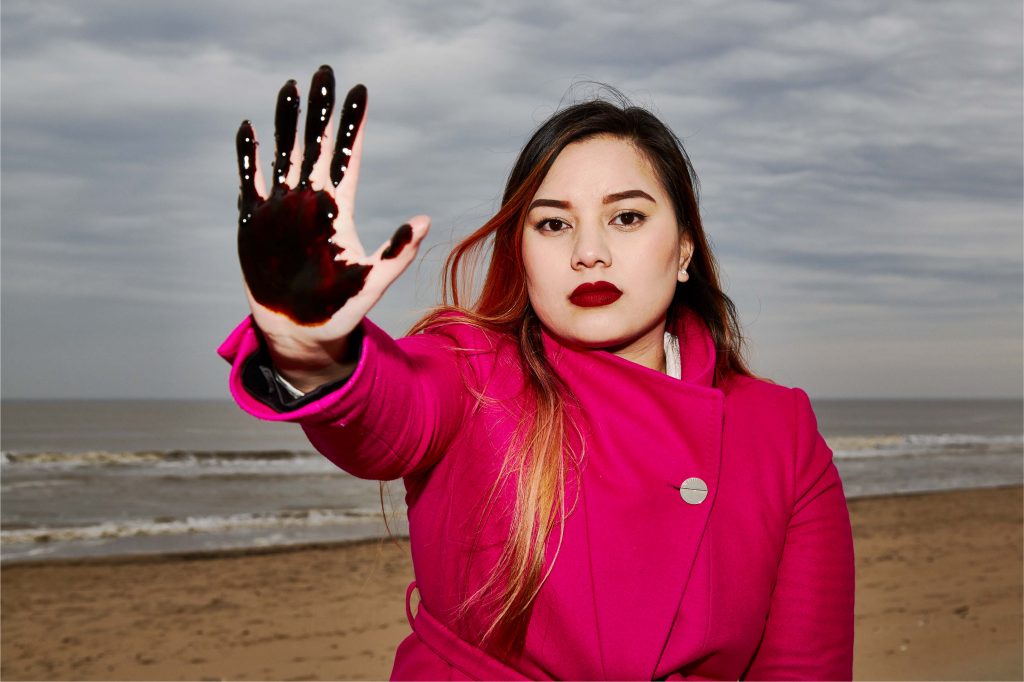 Amsterdam, 25 April 2022. Today Friends of the Earth Netherlands/Milieudefensie sent a letter to Shell’s Board of directors pointing to their personal responsibility in not acting on the climate case verdict and continuing to violate human rights by causing dangerous climate change. Almost one year after a court in The Hague ruled that Shell must reduce its CO2 emissions by 45% by 2030 compared to 2019 and start doing so immediately, the company knowingly and wilfully has still not acted to execute the verdict. This leads to liability risks for the company and the Board, says Friends of the Earth Netherlands/Milieudefensie and their legal team, in a letter which represents the first time a Board has been called to account on such matters.

“The judge’s verdict was clear and necessary: Shell must stop causing dangerous climate change, which threatens human lives and precious ecosystems,” says Nine de Pater, campaign lead at Friends of the Earth Netherlands. “What Shell does or doesn’t do is determined by the people in charge, that’s why we’re looking at them. The Board has to be aware that it is wilfully exposing Shell to potential damage claims that the company could never pay.”

The letter, prepared by Friends of the Earth Netherlands’ legal council, serves as a clear warning to Shell’s Board of directors, who know exactly what needs to be done to implement the verdict.

“It is now clear that Shell’s emissions will not decrease enough with their current policy and may even increase. This is a conscious decision by Shell’s Board, even when there is such little time left to prevent runaway climate change. For this they can be held liable,” says Nine.

“Millions of people around the world are suffering from increasingly extreme weather events: droughts, fires, floods and other climate impacts. Yet Shell seems to think it is above the law and does not need to implement the orders of a Dutch court to reduce its emissions. This is morally wrong and economically risky, for both the company and Shell’s Board of directors, who have a legal obligation to enact the climate verdict,” added Sam Cossar, Friends of the Earth International, Economic Justice-Resisting Neoliberalism programme coordinator.

Shell fails to comply with verdict

The letter shows in detail why Shell is not doing enough to execute the verdict, despite their claims. For example, in Shell’s business strategy, it plans to invest much more in polluting than in renewable energy. Friends of the Earth Netherlands believes that the absence of absolute reduction targets for 95% of their CO2 emissions is negligent.

“It’s very simple: Shell has to produce and sell less oil and gas. Anyone who reads Shell’s plans carefully will see that they don’t really intend to carry out the ruling, they are just pretending that they will,” says Nine.

The letter was also sent to Shell’s largest and most influential shareholders, to inform them that the verdict is not being implemented and the risks this entails for Shell, its shareholders and the Board.

Before taking further steps, Friends of the Earth Netherlands first wants to win the Appeal that will take place in 2023 at the earliest.

“Rather than acting with the urgency required, Shell has put their efforts into appealing the court verdict. Since last year, the evidence that they are causing climate change continues to mount against them. We therefore look forward to the Appeal with great confidence.” says Nine.

“The challenge to these 29 companies was inspired by our successful lawsuit against Shell. The Boards of these companies would be wise to study the contents of this liability letter carefully. Friends of the Earth Netherlands will do everything in its power to stop dangerous climate change,” says Nine.

“Millions of people around the world will continue this fight to hold Shell accountable: history, science and justice are on our side,” concluded Sam Cossar.

For further information or to arrange an interview, please contact: