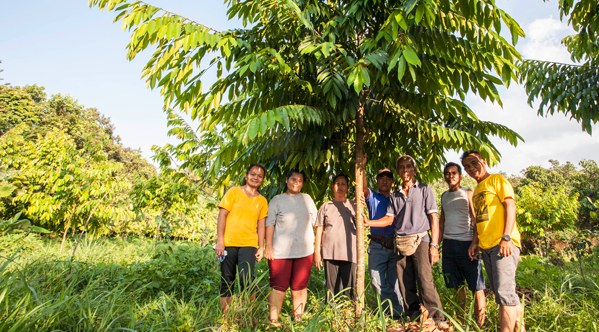 Rome, 24 February 2020 – A draft global plan to halt the collapse of nature will not protect vulnerable communities or stop the Earth’s sixth mass extinction, claims Friends of the Earth International. The call comes as governments meet in Rome for the first time today to work on a “Paris-style” United Nations agreement that will eventually be agreed in October.

The plan will replace an existing 10-year strategy which was barely implemented and dramatically failed to halt the loss of nature. Last year an intergovernmental panel of scientists called for an urgent and fundamental shift away from growth-based economies after reporting that more species are threatened with extinction than ever before.

Governments from around the world will work all week in Rome on a new plan. However, the first draft, which was published in January, lacks ambition and urgent targets for saving people and nature. In particular, it:

Nele Mariën, Forests and Biodiversity Coordinator at Friends of the Earth International, said:

“The current draft plan is hopelessly weak and inadequate. It won’t prevent the sixth mass extinction or build a fairer and safer future. It requires binding rules to ensure we start living within planetary boundaries, reduce inequality, address corporate conflict of interest and ensure rights for Indigenous Peoples and Local Communities. In short we need system change.”

“Time has almost run out. We need an urgent plan to save humanity and this is not it. National governments need to step up and reverse our growth-obsessed, nature-wrecking economies if we are going to stand any chance of stopping the collapse of the natural world. Rich countries such as those in the EU – who continue to contribute most to the destruction through their over-consumption and damaging corporations – have a responsibility to play a much stronger role.”

Nele Mariën, Forests and Biodiversity Co-coordinator at Friends of the Earth International: nele [at] foei.org | +32 488 65 21 53 (English/Spanish/Dutch/French) (in Rome)